Mike Adams of Natural News is hitting it hard these days. I hope folks are more receptive than they used to be. QAnon has repeatedly said, “Pure evil”, so perhaps they listened. Reality’s knocking loudly.  ~ CB

Q has said, you have to want to know the truth. Because the darker it gets, the harder it is to process. There are demons among us who are capable of atrocities that are unimaginable to a rightly wired mind.

How to spot a demon in human form – watch the powerful video mini-documentary exclusively on Brighteon.com

(Natural News) If you’re wondering why the left-wing media is infused with absolute evil, a seething, anti-human hatred of life, truth, healthy babies and human liberty, the answer is far larger than what you might have supposed. An increasing number of so-called “journalists” working for the anti-human media are actually demon-possessed entities working to destroy human life, Christianity and belief in God.

Beyond a mere political war, we are engaged in a spiritual war of cosmic importance, as pure evil has taken over nearly the entire left-wing media, government bureaucracies, universities and public schools, Hollywood and the pop culture media, and even the ranks of “science” and medicine.

“They first cropped up seemingly out of nowhere about six years ago, adorned in black capes with curved devil horns affixed to their heads, holding posters and black American flags as they shouted ‘Hail, Satan’ on the steps of government institutions,” reports the UK Daily Mail in a story documenting the rise of Satanism in America.

“And they were growing, exponentially. Since The Satanic Temple’s founding in 2012, the organization has increased from a handful of members to tens of thousands, with chapters all over the US and the globe, from Stockholm to London and Los Angeles to Texas.”

The saga unfolds like an epic movie, and apparently the dimms don’t know truth from lie. Either one flows from their mouths equally as freely and they choose their own, unique reality and believe facts and statistics are up for debate.

As of today, the dimms ain’t budging. We have a stalemate, and ultimately, the dimms believe they have the upper hand because they think they can control President Trump and deny the People what they stated they wanted when they elected Donald Trump.

See video at the link which includes remarks from Senator Lindsey Graham.

Unfortunately, the two little tyke’s tantrums will not prevent us from securing the southern border.

(includes the JW law suit against LA County to ensure they cleaned up their voter lists.)

Do you wish to stand behind your President and demand he secure the border? Call, email, or contact the President on Twitter and state your mandate to POTUS without delay.

Urge him to step up and go all the way, doing what MUST be done to secure our nation. 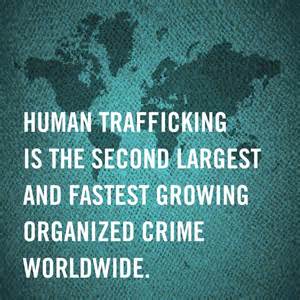 The hypocrisy is evident in many cases as in past administrations they planned to build a wall.

The link below leads to a new article from Mike Adams at Natural News… and I agree. What the President has done is opened the door for the Democrats to join forces and do what is right for the nation and the American People. He knew they would not, so he had to make every effort to educate  the public about the extreme dangers of an open border—both to migrants and Americans. The statistics speak for themselves.

Human trafficking is the biggest problem on our planet, and the Democrats support it. They don’t want to stop the flow of drugs, arms, or vulnerable people into America. The President has not gone anywhere NEAR exposing the horrors the controllers, El-ites, and globalists inflict on Humans. The statistics he has quoted don’t involve the millions of missing children and adults annually on our planet.

Donald Trump is doing everything in his power to stop Human trafficking which involves most of Washington politicians and many others globally. Blackmail is the name of the game.

He has not discussed the organ trafficking, the disgusting sexual predation, adrenochrome, spirit cooking, or dismemberment and consumption of Humans. We know it all, but it’s too much to expose all at once to the general public. He can’t go there right now, but he is correct that we must stop the flow of terrorists and predators at any cost—and he will.

Sean at SGT Report did a great update with two medical professionals that contacted him recently about the horrific things that go unchecked in all segments of society. One doctor speaks of “buckets of baby body parts”. Is it any wonder they want to make abortion legal, and well-funded?

If you think President Trump is using drama to get his way because the wall is an obsession, you need to get an education fast. He is UNDERstating the problem, which is the opposite of over dramatizing the severity of the dangers the Democrats want to enhance by keeping open borders.

THEY are the “immoral” ones—and hypocrites at that. As President Trump mentioned, these politicians have walls around their homes and security to keep them safe so they don’t have to worry, but they have no problem putting the average American at high risk. Protecting children is not one of their goals.

The World Just Woke Up, Coincidence, Part Of The Plan – Episode 1761a

This series from Jake Morphonios at the Blackstone Intelligence Network is an excellent overview of the global pedophilia problem. It makes it clear that this taboo issue is thoroughly ensconced in our society globally in the most revered organizations, at every level, in nearly every town.

We are taught to respect and even fear some sectors of society; that it’s sacrilege to even whisper that people under the auspices of law enforcement, education, politics, high finance, the church, or family and children’s services might be tainted by activities such as pedophilia and Human trafficking—and that is why it thrives in those precise enclaves.

Every niche of society is tainted by these evil people, and it is the ultimate betrayal. They are anything but Christian and they know what to say to mislead and pay constant and convincing lip service to throw off trusting people.

The perpetrators of these monstrous crimes protect each other at all costs and every effort has been made to hide their origins and activities throughout history, but the truth is gradually becoming better understood and leaked to the public.

It is difficult to believe, but that is why it has remained hidden in the shadows. When one examines the astounding figures for missing children, there is only one answer for it. It is a business and many are paid vast sums for trafficking babies and children for the “elite”.

The only way to end this scourge on Humanity is to expose it; to bring it out of darkness, into the Light. Hence, the title of the series. When the truth about the scope of this appalling situation in every institution on our planet is fully known, it will rock our world.

Yes—it IS a “conspiracy” of epic proportion—but not a theory. It is shocking and all too real, and at first, extremely difficult to believe because despite what they say, they don’t worship the gods the rest of Humanity does. It is this denial that has meant children continue to be sacrificed.

Hopefully we will share this information far and wide so it will be recognized and stopped, and our children will no longer be prey. Jake encourages us to coach our children to enable them to protect themselves as much as possible.

Remember to give Jake’s videos a thumbs up on YouTube if you appreciate his work. Click the YouTube logo at the bottom right of these videos to watch on his channel and provide your feedback.  ~ BP

4/21 The Q Team intel is blowing up, as more posts reveal B_rack Ob_ma allegedly repeatedly assaulting a California girl whose grandmother, Emmy award-winning, Agnes Nixon, created the daytime soap operas, All My Children and Days of Our lives. The Q posts show a picture of Barack Obama hugging the girl, Maggie Nixon, while sporting a bandaid on the middle finger of his left hand. People who have following the Pizzagate scandal are familiar with the satanic rituals known as spirit cooking, during which the participants are told to slice into their left middle finger with a knife and suck on the blood or “eat the pain”, as Marina Abromovic, high satanic priestess to the pedo-elite, writes in her ritual art, using semen, blood and breast milk (can’t make this evil stuff up!!!). The emails released through Wikileaks that exposed John Podesta and other members of the DNC as pedophiles, feature John Podesta holding his hands up, with pedo-related imagery, and he is wearing the same bandaid on his left middle finger. These photos, of BHO and JP, may have been taken after the same spirit cooking ritual.

Body fluids, sure…but lot’s of body parts too in “spirit cooking!” Please listen to Isaac Green from Anti-School as he reviews the depth of evil in our country, know that change cometh forth very soon, and…