A video about the Walk Away Movement… and wow. “Plantation”. Let that sink in.

These new “Black Conservative Patriots” really get it. They are the best champions of the cause with their clear understanding of the situation. The Walk Away initiative is thriving because this is its time.

These former Democrats are like folks who used to smoke and then quit; the one who are the first to complain when someone lights up and they are exposed to the fumes.

Once these free-thinkers saw through the manipulation and the propaganda their logic kicked into high gear and they say it so eloquently, telling us they will NEVER have anything to do with the Democrat Party again.

They looked into the historical references; the roots of the party and its relationship to the KKK. They can see how the lamestream media rammed the outright lies about Trump and the Republicans down their throats. They can see that Trump is not a racist—but they now know who is. They can see we’re all slaves.

They see the hive mind for what it is and the danger therein. They see the duality of it all.

They understand the people running the left are violent, hateful, and embrace everything they don’t want a part of because it is the polar opposite of what they were led to believe. They are about taking, not giving.

The demo (coincidence?) crat party hates everyone, and especially black Americans. They are not about building; they embody destruction, and they are bent on the ruin of America in toto.

These enlightened people can see they were brainwashed and never questioned until the shocking reality smacked them in the face. They now appeal to other black Americans to think it through, reexamine their values and what the party has done for them—or not.

Best of all, they see that Donald Trump is NOT what the media and the democrats said at all. In the Trump administration they see much positive change happening and great hope for their future. It’s an excellent video, definitely share-worthy. ThanQ.

For any black Americans (or anyone at all) who need a good news source, I recommend Black Conservative Patriot on YouTube. Consistently good stuff and very astute analyses. He belongs “in office”, IMHO.  ~ BP

The Great Awakening: Breaking the Chains of the Democratic Party 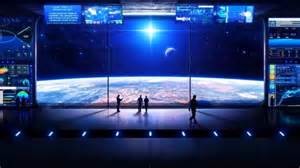 Mike Adams of Natural News is hitting it hard these days. I hope folks are more receptive than they used to be. QAnon has repeatedly said, “Pure evil”, so perhaps they listened. Reality’s knocking loudly.  ~ CB

Q has said, you have to want to know the truth. Because the darker it gets, the harder it is to process. There are demons among us who are capable of atrocities that are unimaginable to a rightly wired mind.

How to spot a demon in human form – watch the powerful video mini-documentary exclusively on Brighteon.com

(Natural News) If you’re wondering why the left-wing media is infused with absolute evil, a seething, anti-human hatred of life, truth, healthy babies and human liberty, the answer is far larger than what you might have supposed. An increasing number of so-called “journalists” working for the anti-human media are actually demon-possessed entities working to destroy human life, Christianity and belief in God.

Beyond a mere political war, we are engaged in a spiritual war of cosmic importance, as pure evil has taken over nearly the entire left-wing media, government bureaucracies, universities and public schools, Hollywood and the pop culture media, and even the ranks of “science” and medicine.

“They first cropped up seemingly out of nowhere about six years ago, adorned in black capes with curved devil horns affixed to their heads, holding posters and black American flags as they shouted ‘Hail, Satan’ on the steps of government institutions,” reports the UK Daily Mail in a story documenting the rise of Satanism in America.

“And they were growing, exponentially. Since The Satanic Temple’s founding in 2012, the organization has increased from a handful of members to tens of thousands, with chapters all over the US and the globe, from Stockholm to London and Los Angeles to Texas.” 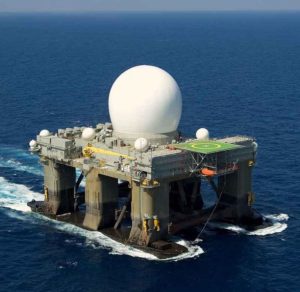 Yesterday I shared an important article from State of the Nation about the real reasons the deep state created and unleashed Hurricane Michael on Florida. It may leave unsuspecting people a little shaken because it reveals the truth and our vulnerability.

The editor of SOTN.net, Michael, is a very private guy and stays in the shadows, but since he lives in Tallahassee, Florida, he took that act of terrorism personally and he felt it was important to make it clear to the public what that was about so he did an interview with Douglas Gabriel at  American Intelligence Media. Douglas isn’t feeling the best, but he felt it was important enough to do this for us, and I’m glad these two made it happen.

It’s such an important video. If you can only listen to one, today, I would say choose this one. It’s only 27 minutes.

That hurricane was the dark’s attempt to influence the midterm election because they know this election will determine if the deep state can retain any influence in Washington at all.

It’s so important for Americans to vote Republican this time around. It has never been more important to vote the right way. The wrong way could mean the end of America. It’s that serious. We must have a “red wave” this Red October and November to save the Republic.

Please listen to the video.  If you haven’t read the article, you can do that at this link. Please share both with people you feel might benefit from knowing about this.  ~ BP