Editor’s Note: This is another post by Starship Earth letting us know that desperation truly IS the mother of all lies! The deep state will do ANYTHING to prevent placing Kavanaugh on the Supreme Court because with his placement comes…MOAB and military tribunals!

Ready for the show? It’s about to start, and…

Read the details at The Daily Wire link below.  ~ BP

According to The Daily Wire:

“I represent a woman with credible information regarding Judge Kavanaugh and Mark Judge,” claimed Avenatti on Twitter. “We will be demanding the opportunity to present testimony to the committee and will likewise be demanding that Judge and others be subpoenaed to testify.”

The attorney demanded Kavanaugh be “withdrawn” as a Supreme Court nominee and shared emails wherein he claims there is evidence that “Brett Kavanaugh, Mark Judge and others would participate in the targeting of women with alcohol/drugs to allow a ‘train’ of men to subsequently gang rape them.”

Screenshots of emails between chief counsel for nominations for the Senate Judiciary Committee Mike Davis and Avenatti were shared on the lawyer’s Twitter account. In an email, Avenatti claims he is “aware of significant evidence of multiple house parties in the Washington, D.C. area during the early 1980s, during which Brett Kavanaugh, Mark Judge and others would participate in the targeting of women with alcohol/drugs to allow a ‘train’ of men to subsequently gang rape them. There are multiple witnesses that will corroborate these facts and each of them must be called to testify publicly.” 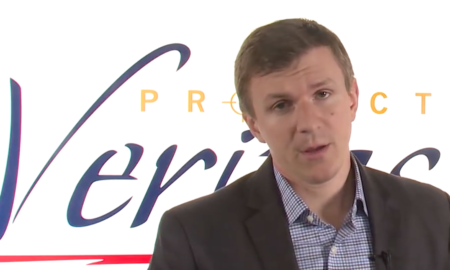 Project Veritas founder James O’Keefe has been taunting fake news media about his next undercover video sting coming this fall.

Fake News outlets such as CNN and MSNBC have been fawning over Omarosa and her selectively edited secret recordings of Trump and his inner circle.

O’Keefe taunted CNN’s Chris Cillizza for praising Omarosa’s secret recordings, “In the end, it’s all about the tapes.”

“Screenshot this. Screenshot this for when you will be dragged kicking and screaming covering our October surprise(s).” O’Keefe warned.

Screenshot this. Screenshot this for when you will be dragged kicking and screaming covering our October surprise(s) https://t.co/eOgMVQzAZ4

“Media has set a new precedent for reporting on undercover tapes. We’ll see if they play by the same rules when we release our October surprise(s). If so, they will be incredibly busy covering the midterms,” O’Keefe tweeted.

Media has set a new precedent for reporting on undercover tapes. We’ll see if they play by the same rules when we release our October surprise(s). If so, they will be incredibly busy covering the midterms. https://t.co/9ev6FEFYAB

“Media has gone completely drunk over this tape. We’ll provide the chaser this Fall,” O’Keefe said in response to the media playing selectively edited recordings Omarosa provided to the outlets.

Media has gone completely drunk over this tape. We’ll provide the chaser this Fall. https://t.co/usA6TChoiu

On Sunday afternoon, James O’Keefe posted a photo of a very humid, swampy Potomac river with a caption that read, “Walked along the Potomac on a particularly swampy day after a long film shoot and thought how satisfying it will be for Project Veritas to drain it a little more come September/October.

Walked along the Potomac on a particularly swampy day after a long film shoot and thought how satisfying it will be for @Project_Veritas to drain it a little more come September/October. pic.twitter.com/22ZwMTGv6R

“I am willing to go to jail to protect our sources’ identities” says Project Veritas founder James O’Keefe last week.

Perhaps it wasn’t so outlandish to say that the Obama/Clinton cabal sold America out from under the People. Some have said China actually owns America. Perhaps that was a slight exaggeration, but it doesn’t appear to be strictly about Uranium One.

Donna Brazile denies being at the hospital shortly after Seth Rich was admitted by EMTs after he was shot? No kidding. It must have been her clone.

The coverup continues to protect whom??? 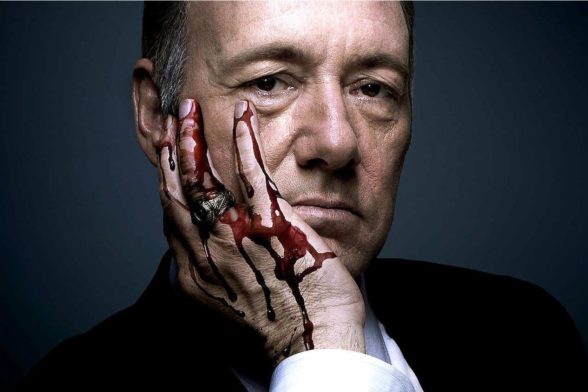 This means our independent journalism is working. Surprised?

I don’t know about you, but I am highly suspicious of the extraordinary, record-breaking amount of lightning we’ve witnessed on our planet recently. The view of the bright area at the collapsed bridge in Genoa, Italy (with the German commentary I shared recently) was suspicious, as well.

And how is it that the camera on this boat was pointed right at the target when the “lightning” hit? Was there more than one strike in the same place, or…???

This plane crash occurred New Years Eve 2017—a satanic ritual day—but the news concerns the funds Mr. Cousins willed to OXFAM and its relationship to Haiti… and it’s no surprise where THAT leads.

As always, Dave provides a much saner perspective on the so-called “Trump crimes” the media is peddling with respect to Manafort and Cohen. They’re not even close when they decode the news. 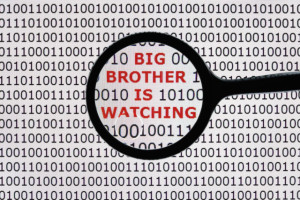 More outrageous, illegal antics by the control freaks. I’m glad I’m not an American citizen, and not in the medical industrial system—not in recent history, anyway. They’re not only going to PUT you in the medical system, they’re going to keep you there, and monitor you all along the way until you die—unless this nonsense is stopped.

(Natural News) Doesn’t it feel like a net is closing in around us from every direction lately? Big Tech companies like Google and YouTube have the independent media in a stranglehold of censorship and control, more and more states are enforcing mandatory vaccines, and now a group consisting of Amazon, Alphabet, Microsoft and other tech giants has issued a statement pushing for unfettered access to the medical records of every American citizen.

While mainstream media sources like CNBC have expressed approval for this type of access, they also acknowledge that tech companies might not have strictly altruistic reasons for wanting these records to become accessible to all. As CNBC noted, “The lack of open standards around health data is a huge barrier for them to get into the $3 trillion health system.” 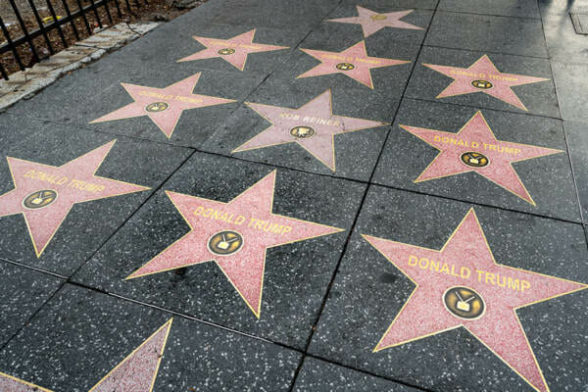 And speaking of stars…

Perhaps Pam can sweet talk Julian into telling the truth about the zero Trump collusion with the Russians.

VP Pence did visit Ecuador recently, if you recall. We learned yesterday that there is speculation it is possible Mike Pence may have been offered a deal by the Democrats, and the US Presidency, if Julian Assange comes to America and swears under oath that DJT colluded with the Russians and that it affected the outcome of the presidential election.

Of course if the deep state could pull that one off, it would mean Trump would be impeached and deposed, putting another Zionist puppet in control in Washington.

Is that why Assange was invited to testify? Let’s see what he’s made of.

If you’re a praying sort… you might want to pray… or be prey. 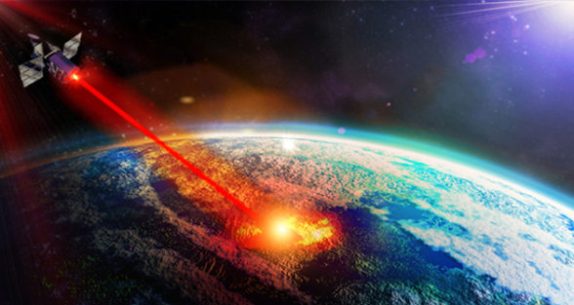 We heard from the new Trump administration recently that some nations have weaponized space and the US needs to keep up.

What if… they can do more than this article reveals—which is usually the case? We have reason to believe the Secret Space Program is thousands of years ahead of what they let on, trading with other species, etc.

I think it would be foolish to assume they are not being used on our planet’s surface, and it is concerning, but whenever I think of satellites and potential weaponry, I get that image of Elon Musk’s midnight cherry Tesla roadster with the “Don’t Panic” note on the dashboard. Crazy.

Thanks for the heads up, R.

At Black Hat conference in Las Vegas, researcher says theoretical threat to ships, planes and military is ‘no longer theoretical’

Q – Killing the Mockingbird – a Bitchute video – good to pass on to skeptics?

Crisis, what crisis? It seems there’s a crisis around every corner. Now France is experiencing floods inland which meant evacuations and at least one death.

The good news seemed to be the Atlantic Ocean, where no hurricanes or storm activity exists at all. But there is a crisis.

Have you heard about the red tide/blue-green algae bloom in south Florida causing a mass die-off of marine life?

Activist/environmentalist Erin Brokovich is still at it, speaking up for what needs to be done.

There are a lot of explicit photos of the situation on Florida beaches at Erin Elizabeth’s website, Health Nut News at this link. 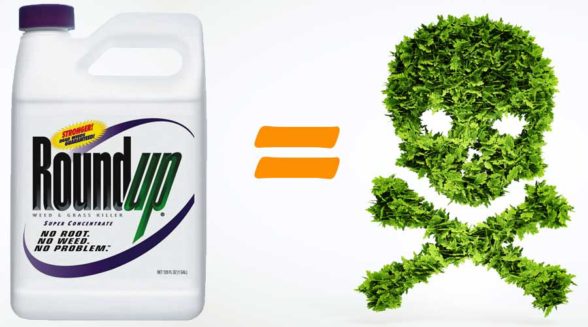 This has tongues in the patriot community wagging, and minds wondering…

Is that timid, ineffectual Jeff Sessions up to something?

We know we won’t be told much of anything until after the fact because it’s too risky, but it certainly looks encouraging.

I thought it was interesting to see what looks like a morphing missile in this video, flying around a plane over London, UK.

The video begins with what looks like a USO off the coast of Greece, but at the 6:25 mark the plane and the unidentified flying object come up. What would be allowed to fly that close to a commercial jet?

A sad story of a great Canadian actress, a big Clinton critic… ruled a suicide.

If you weren’t able to take in Thomas Williams’ THI show last night, the video is below. Thomas apparently relocated a long way for safety these past few weeks. And still he does the shows.

He tells us that Wells Fargo is in hot water frequently and is currently under investigation by an “unnamed government agency”. How intriguing.

It also came up this week from a couple of sources that there was a nifty little bit of legislation called Bill HR5181 stuffed surreptitiously into the NDAA which meant $160 million would be set aside for alt media “journalists” to counter what is deemed to be fake news. So those Truth Media shills are well paid and STILL asking for patriots’ money.

Thomas reports that 90% of the alt media players are fakes, working for the deep state. Very few can say no when they get that offer they can’t refuse, but they can look you in the eye and ask for money. Most of the time they share truthful information—even about pedophilia—but when they need to hit on something hard like the VOP or Q—whatever they’re TOLD to do by their puppetmasters—they’re all in—earning that cabal paycheque and not feeling an ounce of remorse. Is there anything more despicable than a turncoat?

The Alex Jones theatrical pageantry was too much for me, I couldn’t watch his performance when he was banned from a few but not enough places. Thomas reports it’s pure theatre and distraction from the Stratfor comedian.