Starship Earth:The Big Picture is a blog I enjoy reading everyday. Today, however, the writer – Molly Chapman, has outdone herself by pointing out for all to see the wonderful last post made by Cobra…it’s all about forgiveness, and the value in forgiveness as humanity is about to take an evolutionary leap forward!

To highlight the value of forgiveness, this carefully crafted article is an excellent assessment of specifically how our human minds must move forward into the future leaving the dust of wrongs played out against humanity in our past. She educates us about energy and how our human memory of “who we are” is about to unfold and embrace all in the  timeless immortality of NOW.

So please read this article, study the principles mentioned if you are new to this blog, and… 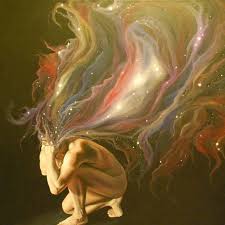 Bill at American Kabuki shared this regarding Cobra’s “Forgiveness” post from yesterday.

Since I suspect there are a lot of us struggling to understand just how much forgiveness to extend, Bill’s words may alleviate some of the angst. He’s a very forgiving guy!

Don’t get bent out of shape over it. Do your best, and know that our future will be literally, out of this world.  Our days of struggle are nearly over and we are about to take our first step over the threshold to our Golden Age.  Woo-hoo!  ~ BP

I really didn’t think I’d see something like this from Cobra’s blog. But I welcome the new approach wholeheartedly!

To amplify, there’s is no debt owed the bankers.  And we should forgive them, But let us not repeat the same mistake of running the same systems with the same people all over again and calling it freedom.

There is no need for the Pope to declare a Jubilee to reset a banking system for which no debt is owed, unless of course he still wants to be the center of it.  If anything YOU are owed value by them.  And that too should be forgiven.

The Chinese Dragon families were always the ultimate funders of the banking systems.

All bank owned corporations posing as the people’s governments were declared null and canceled in un-rebutted UCC law filings by the One People’s Public Trust in December 2012 for running slavery systems under the color of law.

All pertinent contracts to those systems which did not disclose that humanity is the I AM Eternal Essence in Body, were declared null and canceled, including but not limited to Universal systems, Galactic systems, soul contracts, karma, financial contracts, humans as chattel property, birth certificate bonds, prison bonds, court bonds, etc.  and other means of harvesting energy from individual perceptions of I AM Eternal Essence in body on Earth without full and open disclosure were declared void and cancelled.

What began as limited time contract for the choice of  experience of I AM ended with a contract, so that ALL I AM can move to better things.  This experience will never be repeated again, EVER.

Those who played roles as the partners in contrast, just forgot they were playing the role of contrast.  They lost contact with their heart, from which all energy flows from Creator Source so they extracted their energy from others, often cruelly so. 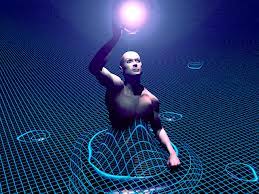 All humans on this planet are multi-dimensional beings, who have been temporarily cut-off from the knowledge of who they are by an artificial energetic veil for the specific purpose of experiencing the illusion of being separate from all that is, Source Creator.

All beings have have within their multi-dimensional selves played roles of dark and light, either as humans, ETs, divinities, celestials, elementals or angelics.  You are all those. To condemn Cabal you must also condemn yourself, for you have played those roles too. Even if in this recent life you did not.  You are more than one perception of I AM and you have played them all simultaneously.If you haven’t already started to have dreams, memories return of those existences (or fractals of existence) you soon will, as the energies rise on this planet. You are much more than you think you are. There is no time, therefore no past life, there is only the NOW.

Each being was separated within itself with a polarity of light and dark and every shade between for the purpose of experiencing separation from WHAT IS.Even those that thought themselves the paragon of light were not immune from the separation. The first such separation being the creation of a spiritual hierarchy (in light and dark).

Every human on earth is already a MASTER OF ASCENSION, or they would not be here at this time.

You owe God nothing because you are the Creator. Creator gives freely to all perceptions within I AM without discrimination or reservation.

All are ONE, all are Source, I AM Eternal Essence in body.  ALL IS LOVE.

PS: Whether a financial reset occurred on the 17th of March, I cannot say. I had no advance knowledge of that.  We will see.  I know who must sign off on that, as do the those who wish to see that happen.  If it was reset, it will soon be irrelevant as ET technologies come that make the need for money (or gold as a currency) moot.
We are moving way past the Jetsons where we are going…

Have you heard about “The Event”? This is a happening that will produce a change of consciousness in every human on earth! Scared? Nah, don’t worry as this change in human consciousness will be a positive change lessening the negative aspects we see all too often today. Just think, war will NOT be allowed, and we’ll see less and less crime, meaness and greed all over the world.

Does this all sound too good to be true? It’s happening today folks as more and more covered up TRUTHS are revealed. Truths about the banking system worldwide where all of humanity are slaves for the financial system (which IS failing by the way). Political truths released by Edward Snowden revealing just how much we are monitored in our daily lives. Truths about our “daily bread” with GMO’s foisted on a largely unaware public. The truth is slowly being unveiled about Western Medicine, whoch, by the way, is BIG BUSINESS which does not cure, but merely “treats” health issues with more and more deadly pills and vaccines.

We all need to silently revolt against the “Powers That Be” that have palced these controls on our food, water, medicine, education, and banking that are failing us. We should be thriving on this world with overwhelming abundance! This video is about “The Event”! It can’t happen soon enough for me! Please contact me with questions you have as this is pretty heady stuff…