Editor’s Note: Oh…this is getting exciting folks! We were told that such sightings of unexplainable things would increase closer to the time of our spiritual awakening and entry into the Galactic society!

Please watch the video below, know that not all can be sensed by our limited physical organs, and be…

This is a really interesting video for a number of reasons. I’ve never seen a hovering craft with strobes, and we understand all FAA-recognized craft have strobes. The traditional UFO saucers, lightships, etc. that we see do not.

The obvious, of course—gravity doesn’t seem to be a problem. It’s completely motionless, or “completamento statico” as Gerardo says. Blimp, you say? He doesn’t think so or he wouldn’t be filming it.

In this video we see jet liners out of San Diego and/or LAX soaring by like this other craft isn’t there.Were the pilots talking about a bogey at 1:00 with the controllers when they took off? The plane is still ascending so it recently left the airport. Strobes are for visibility, so it probably was visible, but it’s very low altitude. “Shuttle” comes to mind.

The narrator says it changed shape, and something else was captured near the craft, as well. Were they beaming something or someone up or down to the surface?

They suggest the same craft was filmed in San Clemente, California and traveled here. They haven’t halted air traffic like they did at two London airports and New Jersey recently due to “drones” in the vicinity, despite it traveling in line with LAX traffic.

Maybe they just gave up because it’s happening too often and they can’t keep shutting down airports. Who is buying the drone story at this point?

This is a major air traffic corridor—but perhaps more so than we thought.

Perhaps this craft is a taste of our near future for travel that the control freaks don’t want us to know about. Disclosure happens every day, if you’re paying attention. It’s time to move forward and let us advance to where we should have been 70 years ago or more.

They must have had a coronary when Trump announced the Space Force. Once he opens his mouth, there’s no taking it back, despite how many people found it credible at the time.

Soon thereafter VP Mike Pence addressed the nation about the plans around that Space Force and the proposed structure for the US Military, but seriously, what’s with the ridiculous pop can rocket SpaceX is working with? Is that intended to be “disclosure” too?

Americans are gonna be pissed when they find out what the SS secret space program has been doing all this time with their money; the mysteriously vanished “trillions” the Pentagon can’t seem to put their finger on.

You can bet we’ll be taking a giant leap very soon which will be thrilling for travel, but also communications. I have exceeded my tolerance for technical challenges in the comms (or lack thereof) in my life with not only the blog, but family members. It’s insane in this day and age to lack communication because huge, greedy telecom companies hold us hostage; not to mention having to spend an entire day traveling a mere 2,400 miles in two jets and still having to rent a car for the final leg.

But onward and upward! We thank you for flying with Starship Earth. Buckle up!  ~ BP

You gotta love an information war. Starship Earth is down, so here we are, operating from the satellite on the Captain’s blog. Direct hit from a Borg cube??? We don’t know.

I find it interesting that the traffic tripled at Starship Earth these past few days, and suddenly our comms are out. We’ve called Number One to the bridge for a consult and hopefully he can restore the system quickly.

That’s what backup blogs are for, so here goes—and I’ll have to keep a civil tongue so WordPress doesn’t have any excuses to shut us down here, too. We can’t have any hate speech or bullying, heaven forbid.

Bill Still reminds us that today is the day the migrants (terrorists) vowed to “storm the bastille”. Will this be the day we learn if the bullies’ claims were all bluff and bluster? Just who do they think is coming to back them up—the ones they claim they have on speed dial?

For those unaware, the “wall” at Tijuana Mexico/San Diego, CA has recently been fortified with razor wire, as seen above. Those images you see of people scaling and sitting on the wall are old. No one climbs or sits on razor wire unless they have a death wish. It was a brilliant tactic, if you ask me. Fast, cheap and effective. Kudos to the American military.

Things aren’t going well for the globalists at all, unfortunately for them, and the peons have decided to provide direct feedback on their plans to install the New World Order.

The People of Germany have had enough and Merkel is on the way out.

When will the Brits lose patience with the stall tactics against Brexit and take their own deep state to task?

In France, the efforts by Macron to ram globalism down their throats has resulted in repeated protests. This weekend Paris was in flames and police used tear gas to control the riots.

Just how far do the corrupt government bodies believe they can push us until we dismantle the whole show? 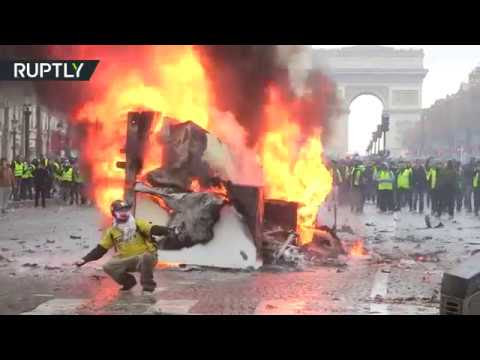 Not to be outdone, women in Rome engaged in lively protests, as well. What a messed up world we live in. The globalists’ efforts to blur the lines of gender are getting too bothersome to ignore, apparently.

‘Homophobes, racists and sexists, all guilty’: Thousands in Rome protest against femicide 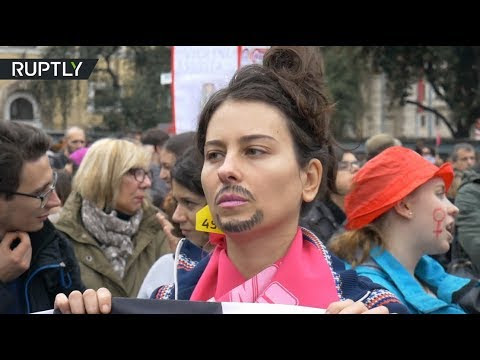 Judge Jeanine has fun with Hillary Clinton’s latest angle on immigration. What a plum job the judge has. It’s great to have an “entertainment news” network, isn’t it? It makes politics fun again.

Why the about face? You don’t suppose the White Hats made a deal with this (fake) Hillary Clinton to help change the narrative with the nutty left, do you? How far would she go to save her own skin? Just a thought. If our intel is legit and the real HRC passed over and this is just a clone/double, then she really isn’t the one to send to GTMO and might qualify for a much lighter sentence.

Speaking of “news”… there’s been a big change at ABC.

This isn’t exactly entertainment, but it certainly is fascinating and took place over Denver, Colorado on Friday, November 23. It’s not your common, everyday chemtrail—so what is it? 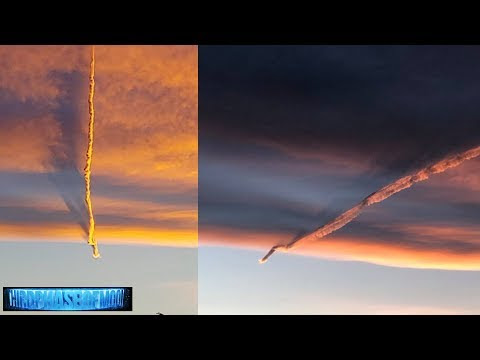 THIS is definitely NOT entertainment. Don’t watch on a full stomach. Unfortunately, it contains truths we must all recognize and accept before anything can be done about it, and I think I’ll leave it there for now. Thanks to the brave Natasha for broaching the subject.  ~ CB

Food Danger – What Kraft Pepsi & Nestle Are Doing To Our Food