The State of the Union address was not your typical SOTU—at least not what we ever heard from previous Presidents.

We all know Trump broke the mold and he provides a great deal of extra information in his Tweets and speeches if you’re paying attention.

And man, do the patriots pay attention! Patriots with video tech go through Trump’s appearances and they zoom in and analyze everything and everyONE with a magnifying glass. Nothing gets past them and they don’t miss a trick; like newbie Kyrsten Sinema standing and clapping for Trump’s declarations and getting a slap upside the head from her adjacent counterpart.

Another example… Dave mentions in his X22 Report the suit that the (newish) CIA Director Gina Haspel wore with “white hats” on it. Truly! We didn’t know how to read Haspel when she was confirmed but perhaps she is on the side of the People. Dave goes on to point out specific messages the President sends to the deep state telling them in no uncertain terms their plan has failed.

Then Betsy and Thomas of American Intelligence Media zoom in on Nancy Pelosi Caesar’s lapel pin. You have to hear their analysis on the SOTU, but be sure to watch, too, because they’re streaming memes and they are priceless.

It’s good for a few laughs—not that the President’s address was a joke—it was excellent—but there was a lot more going on than it would appear to the casual viewer and I don’t have to tell you what a joke the dimms are.

Dave brings us two new reports tonight which are top notch, and the AIM analysis is below those. Outstanding coverage here and I’m so glad I took the time to watch these three. Bravo!!!!

Message Sent To [DS] & Anons During The SOTU, Patriots In Control – Episode 1785b

You may want to watch this tear-jerker set to music.

WATCH: Democrat Reactions to the State of the Union Hilariously Set to Music

Roger Stone also outed the deep state scheme to eliminate Trump and Pence together, so Nancy Pelosi could be President. It was no secret last week, long in advance of the planned date of execution.

But where is that old bag Nancy Pelosi?

The on again-off again SOTU address is off again until after the government reopens thanks to this Dem Speaker of the House.

We acknowledge that she’s the speaker because the Alliance LET her be the speaker, because they are allowing her to self-destruct. Let’s hope it happens soon.

Please tell me we don’t have to make “Pelosi for Prison” posters for the 2020 election.

FYI, the Senate just blocked the bill to end the shutdown.  ~ CB

Editor’s Note: The world continues to lose it’s past 3D control. can you see this in the report below? A New Earth is in the process of being born, and the celestial energies we are seeing frequently now are the cause.

Stay tuned, enjoy the show as the old Earth falls apart, and be…

There’s reality, and there’s the reality the media spins.

Here’s a video from Caracas, Venezuela. Did you see it? Just wondering, because I don’t watch TV.

This video is from today in #Caracas #Venezuela.

The leader of the opposition has declared himself the new President and hundreds of thousands have to the streets.

Today could be that start of an #Anticommunist counter-revolution or bloody civil war.

How will the army react? pic.twitter.com/rz3soWbAl0

It’s crazy out there and I’m not even going to attempt to understand what is going on. I trust it will all unfold in our favour… eventually.

US interfering in Venezuela? No need to ask Mueller to determine that – Lavrov 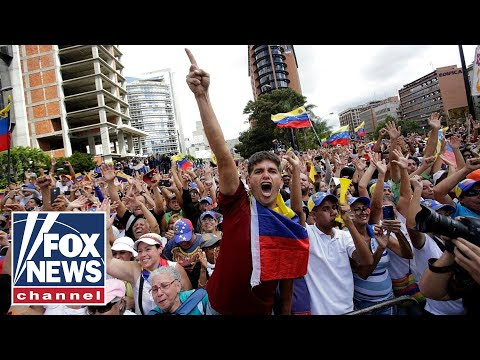 Fox published a video of Nancy Pelosi’s remarks about the spending bill, border security and re-opening the government and when I watched it had 311 likes and 1000 thumbs down. The next time it was 281 thumbs up and 1800 thumbs down. 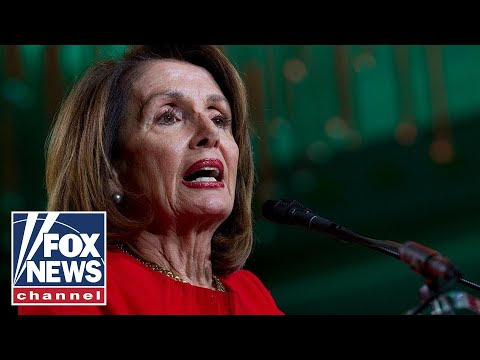 Natasha reports people are calling for Pelosi to resign and it appears Trump’s goal to show America who and what the dimms really are might be working. Even members of the Democrat party are disgusted with the way things are going.

I’ve been listening in the Senate proceedings on a bill to pay the Coast Guard—the only military arm not being paid currenty. Trump said he would sign it, but these characters in Congress are still arguing about the wall and other issues. Quite the show.  ~ CB

Pelosi goes head to head with President Trump. I don’t understand why the President of the United States needs the approval of the Speaker to deliver an address to the American people who overwhelmingly elected him—particularly in an unstable time with a government shutdown—the longest in US history.

Sean Hannity on Fox News says he does NOT. So… this is about optics.

Pelosi tells Trump no State of the Union on Tuesday

Trump’s response to Pelosi, amongst other issues discussed. There is much progress behind the scenes that the Trump administration doesn’t get credit for outside the alternative media.

An insider at the Vatican gave Betsy and Thomas this confirmation.

An infusion of positivity and lighthearted banter.

Dave’s updates and analyses are key in understanding what is unfolding, in my opinion.

Insurance Activated, Playing Out As Planned, Blocking/Protecting Will Fail – Episode 1773b

Have you been wondering what became of “Frazzledrip”—the appalling video from the dark web leaked to show Hillary and Clinton and Huma Abedin engaging in the most unspeakable, satanic acts against children imaginable? One of these days… because people are losing patience.