Edcitor’s Note: Yes, my friends…the current news (thank you Starship Earth for your great work in reporting the truth indicates that the time is near at hand for a MAJOR shakeup on our globe, Planet Earth. At this time, it is important for all to be aware of our spirituality and the true reality of our lives…it ain’t what we have been taught throughout the ages!

Please read this report, watch the video’s, and realize our world is about to change for the better, and be…

This planet is rockin’ with crazy activity despite the quarantine. We wanted things to happen and we are getting our wish. Those claiming nothing is happening are from an alternate reality.

Bio weapons, fireballs/ICBMs, explosions in space, zombified political figures, incredible winds, rain and snow in Hawai’i, 10 -12 inches of snow predicted for the Sierra Nevada mountains in California and heavy rains in many areas, hundreds of thousands of people without electricity in America and flights cancelled due to storms; bank outages in multiple countries; communication and Internet outages, ongoing attacks in the Middle East to keep the fires burning there…

I bet the people who prepared for anything are glad they did with so many living without power. I’ve had great weather, but still intermittent Internet, and don’t even have the juice to download my banking activity. The spinner goes around and around until the session times out. Can’t wait to move to the city. Some day… We’re expecting the California rains to move in here tomorrow so who knows what will happen with connectivity.

Number One sent me a report showing a massive increase in attack attempts that have been blocked. They have increased dramatically over the past 30 days but the shields are up and holding firm.

Today we await news about a deal the President may sign regarding the wall funding which would avert another government shutdown. Will he or won’t he?

The President got a win with the 9th Circuit Court regarding the wall. They feel the nation’s security trumps the claims it would interfere with wildlife.

9th Circuit Agrees With Trump on Environmental Waivers for Wall

Dave at the X22 Report tells us the EU is in full panic mode trying blatantly to scare people into staying in. It’s so over the top it’s not even credible and the desperation is palpable.

Panic, [CB]s Go Full Fear-mongering, Gold Is About To Be Weaponized – Episode 1789a

These people really are sick and unhinged. Human?

Give it a rest, people.

California politicians are screwing around again. That rail system many believed they used as an excuse to burn out residents has been cancelled. The cabal must have a more pressing need for the money.

Calif. Gov. Cancels High-Speed Rail Project: ‘Would Cost Too Much and Take Too Long’

You probably saw the Secureteam video I shared telling us the new Russian satellite has photographed bizarre flashes of light and explosions above the Earth. I’m going to take a wild guess and wonder if “someone” isn’t taking out the cabal’s weaponized satellites on our behalf. We’re seeing an inordinate number of “fireballs” or meteorites coming down in suspicious places, and I don’t believe that’s what they are. If they’re going to shoot at us, the Allies will retaliate.

The cabal’s desperation is growing by the hour and with talk of bio weapons and dead man’s switches I wouldn’t put anything past them. The psychopaths want us gone, and they think nothing of sending loaded messages to President Trump and other world leaders who are working at shutting them down. They’re trying to hold the planet hostage, but the good guys outnumber the psychos and have better toys, we understand, so we’ll carry on and not worry about it. Down here we have an information war to deal with.

It’s only 10:11 am here and it’s already been an interesting morning. An osprey (plane) flew over a few minutes ago, very low, and I just heard two big booms like I’ve not heard before and went outside to see if I could tell what it was. Two big plumes of smoke or dust were blowing down the wash a mile or so away. We’ll take our walk over in that direction to see what that was about. We were walking in that wash just yesterday.

At 12:40 pm, after a search for evidence of explosions we found not a thing. Just two big new piles of old tires someone dumped in the desert.

Mr. MBB shows us two bizarre cloud formations I’ve certainly never seen, and something on his windshield that wasn’t there just prior. No wonder they want everyone looking down at their gadgets. And check out these lights over São Paulo. That’s a first.

In France Yellow Vest people protest in solidarity with Yellow Vest victim who lost his hand. It’s not only weekends any more. Evenings, too.

LIVE: French protesters march in solidarity with ‘Yellow Vest’ who lost his hand

Did you ever think this day would come?

Thomas Williams may have some intel for us tomorrow, particularly on the financial front and Wells Fargo issues. Listen live at Spreaker.com or at the website. 7:30 pm EST, 4:30 Pacific every Thursday, or more often as circumstances demand.

Read this in-depth article at Wake Up To the Truth

The trolls are all over the blogs and videos now trying to discredit QAnon, President Trump, and now the December 27th attacks on the power grid in Queens, New York and Kenner, Louisiana.

Were these coincidences? There are no coincidences. These were attacks, just as California was attacked.

As the arrests continue and the President and the Marine Generals dismantle the psychotic cabal, attacks will continue. Bombs, car rammings in crowds, train derailments, shootings, power outages, communications outages… expect it.

Martial Law may still come, as it is now “after Christmas”, or perhaps that notice was the White Hats’ strategy to get people to prepare for anything.

They couldn’t very well come out and tell us there could be space weapons and UFOs, now could they?

They will do whatever they need to do to protect civilians and get them to protect themselves. All’s fair in love and war, and disinformation is necessary.

If you’re smart, you’ll prepare for anything.  ~ CB

P.S.  As I said… this headline just appeared from Germany…

Man rams car through gate at Hannover airport, ‘overpowered’ by police on tarmac 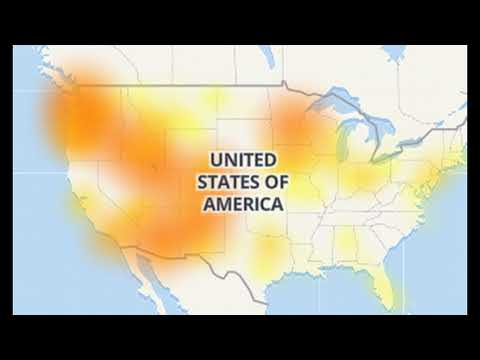 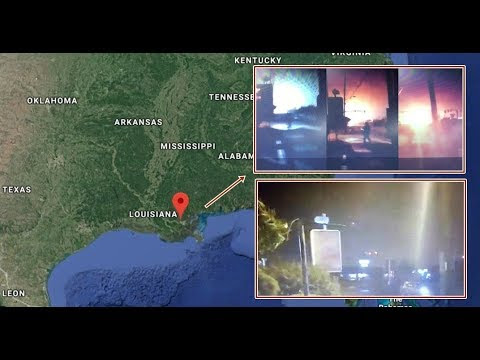 Great news for The People. Project Veritas made history in Massachusetts. Go James!

My friend in Roanoke, Virginia said she got her car dug out this morning and she and the neighbours helped each other with the shoveling under sunny skies so in that city things are okay, but it sounds like they socked it to the Carolinas again with this winter storm. They just can’t be satisfied with one storm, flooding, hurricanes, tornadoes or fires, they go back again and again and hit the same areas with everything they can.

We have had confirmation of the the whispers about martial law and it sounds very possible that scenario is coming to America whilst the cabalists are sucked out of the bottom of the cesspool where they’ve been hiding for so long, stinking up the joint, so prepare for staying in your home for a few days with possible curfews to deal with. It doesn’t hurt a bit to prepare.

Regarding the storm in the Carolinas, Duke Energy expects massive power outages, they say, for half a million customers. Predictive programming? How do we know they won’t just turn it off?  They did it to Californians—before they burned Paradise to the ground.

Who else got an “envelope” at the funeral?

There was another green fireball over Mexico. Star wars or the Geminid meteor shower? Space.com says meteor showers are “dust from an asteroid”. That’s a damn big piece of dust, and doesn’t look like it’s out in space where we see microscopic meteors but in Low Earth Orbit where we see rockets and space craft.

Here’s a fun video about QAnon, the Great Awakening, the Calm Before the Storm,  etc. It’s interesting that a couple of popular vloggers like Jaime Lee at A Plane Truth and Richie from Boston are suddenly very outspoken about how Trump is an Israel-loving globalist and QAnon is a part of the conspiracy to trick us, etc.

This is a great video to keep it all Light with some old and some new footage. The truth will become apparent soon. If Q and Donald Trump are psyops it will definitely be the biggest military intelligence op of all time. The whole world is on board with Q and Donald Trump.

QAnon: I Can Feel it Coming in the Air Tonight…PAIN

No WE’RE sorry—because your lies and lame apologies don’t fly any more. Bugger the banksters!

You may want to listen to Thomas Williams interview Shane, the Ruiner, an Illuminati family insider on the Truth, Honor & Integrity Show at 8pm EST, 5:00 Pacific tonight, December 10.  You can also listen live here , or listen to the archived version later at Spreaker or YouTube on the Tommy Williams channel.

Did the deep state manipulate Trump into arresting Meng Wanzhou to provoke China? Robert Steele suggests it may be the case.

Highly suspicious activities, folks. There are no accidents.  ~ BP

Going Dark! “Pre-emptive” Power Shut Off to Thousands in Nor Cal~ Lt. Winds, NO FIRES

More widespread outages are reported in the United States. My land line phone wasn’t working properly on Sunday the 23rd, and still isn’t despite a service call to the provider on Monday and a promised visit. Now they tell us a cable in the ‘hood is problematic. Internet was glacial, but seems to have improved.

We have been warned by many to prepare for blackouts, communication outages and interruptions of any kind such as credit card POS systems, and supply chain, etc. Be sure to have plenty of cash on hand and prepare for anything. These interruptions are probably not accidents, could become more widespread and of unknown duration.

For those interested, Thomas Williams will host the weekly Truth, Honor & Integrity Show tonight at 7:30 EDT/4:30 Pacific and you may also listen from here.