It’s a prep day for travel so much of the following came from yesterday, and I’m going to put it out early. It takes a long time to pack for the Great White North… all those heavy clothes… from 85 degrees to 45 degrees… Brrrrrrrr! The big question is, will I need my toque?

The world is humming with all the activity; the non-stop tousles between the White Hats and black… BREXIT going two steps forward, one step back, the Canadian election to wrest power from the cabal and give it back to the People, protests in so many countries… crazy.

The energies and electromagnetic forces generated by heavenly bodies are playing large roles in what is unfolding and what is about to, so we pay attention.

Laura shares so much wisdom today that arms us against our enemy—often, ourselves. Patience is our friend.

Did you look closely at the watch Eye the Spy posted on Twitter?

I didn’t look for detail, but the date on it was the 19th. Some asked what happened at 4:50 pm on Saturday, to which ETS replied…

Don’t get lost along the way, Patriots.
Timing, Is Everything. pic.twitter.com/m2vZ5vyix0

Douglas Ducote has a message for us about some of the rumours circulating in the alternative news community and social media. We have tried to assure everyone that Trump is safe, his family is safe, the Patriots are in control, and there is nothing to worry about for the most part. Hear him out, and perhaps you will gain some additional peace of mind. The US Military is using QAnon and even President Trump to tell us what is happening and we’ve got this.

If you didn’t listen to Scott Mowry’s ‘Miracles Intel Call’ last night, maybe you should. It was great, as always. In particular I liked the bit about Elijah Cummings, who apparently vowed that Trump would be re-elected over his dead body. Oooops!

Scott emphasized that we have good sources, but much of what we get for information can only be considered “rumour” until later. I like to say it’s all rumour until it happens, or it doesn’t. Take that attitude, and you won’t be disappointed. As QAnon has told us, “disinfo is necessary”. This is war, and as Phoenix reminded us above in the Patriot Intel Report, much of what transpires and is planned is provided on a strict “need to know” basis. Most of us don’t need to know, and that’s just the way it is.

Scott also pointed out that the White Hats are constantly “working the system”, putting out info and dates, then changing them, and events are very fluid, as I have said. They may hint that something will happen, and watch to see what the deep state does, and use that process to draw them out and “expend their ammunition”. These are all part of the Art of War. Don’t allow frustration to wear you down. Ride the wave.

Military Coup Against Trump, Here’s What You Need To Know ASAP

The rodeo in America seems to be winding up for a showdown and the American People are getting an education.

All the deep state knows how to do is attack and take the rumble to the gutter. The Trumps and most Republicans don’t stoop that low, but they do share the real details.

The girl next door? Perhaps not.

In Canada, we are paying close attention to the direction the People take in the federal election today. Did they get fooled again?

To date, it’s almost a mirror of what has transpired in America.

Andrew Scheer claims the Conservatives ran a positive campaign. Positively filthy—yes! Disgusting, embarrassing, and ripe for an overthrow of the establishment and their double-speak. Lying turds, all!

Currently, there are nearly as many thumbs down, as up, for this video.

A few months ago there was another training accident in the Northeast that killed several soldiers. I don’t recall the location. We never used to hear about events like this. Why so many now? Isn’t this unusual?

3 Soldiers Killed In Training Accident At Fort Stewart In Georgia

And another unfortunate accident.

Dam Collapses at Siberia Gold Mine and Flattens Miner Dorms, Many Missing

Earth changes are not waiting for anyone, or any thing.

It’s certainly easy to see who the globalists are, but there IS hope for California. The People are paying attention.

There are patriots in California as this video from Rainbow shows. One lady is late to the party and as she sees what is unfolding inside snaps to attention, joining the others in song with hands over hearts, or left lungs, as the case may be.

You’ll find the latest from Martin Geddes at the link below. Good stuff, and do mind the gap.

“A truth’s initial commotion is directly proportional to how deeply the lie was believed. It wasn’t the world being round that agitated people, but that the world wasn’t flat. When a well-packaged web of lies has been sold gradually to the masses over generations, the truth will seem utterly preposterous and its speaker a raving lunatic.” — (Perhaps) Donald James

The remark that started it all. It certainly got MY attention.

Ahhhh good times. Happy third anniversary to one of the great comebacks of all time. pic.twitter.com/KbSos1UApS

I listened to the George Galloway Show live on Radio Sputnik and it was fantastic. I learned from his monologue that there are more protests than I heard about originally. Haiti has an uprising, as well. He spoke about all of them at least briefly and there is some brutal action on the part of some governments on their own people. We hold them in our thoughts as they fight for their freedom.

He speaks of the BREXIT deal, and says there are millions on the streets in Lebanon now. It was helpful to understand what’s going on with the UK parliament and the “deal” or no deal they’re voting on. It’s taking so long to go nowhere. We wish them luck.

Galloway says Bernie and AOC gathered together thousands of people in a park this weekend to spout their rhetoric, and that on the anniversary of the overthrow of Muammar Qaddafi, he says HRC isn’t laughing now and her name is mud. She’s done.

Lest we forget… it’s always story time with the deep state and their propaganda arm, the legacy media.

Hey @HillaryClinton, I found this in my archives:pic.twitter.com/xGt3r1ZHAu

Thanks to Twitter, the People have learned the art of expressing themselves in very few words and still get the message across. Love the humour. It’s good to see Americans excited about being American again and their patriotism.

Holy shit this made my day!!! https://t.co/4FCETUtLeI 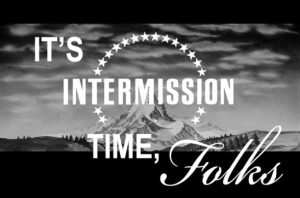 Intermission in Congress… vote paused. Did you see this one coming? The infighting is used to drag it out. Hysterical.

Excuse me while I make more popcorn—extra butter.

With respect to martial law, after hearing Dave’s remarks on the X22 Report last night about the urging of retailers to stock their warehouses to the rafters in preparation for the financial collapse/reset when prices would soar through the roof, I was wondering if the urgings to prepare for anything —weather, natural events, etc. and including martial law might be the strategy to get people to prepare—period—so we’re stocked up a lower prices. Just the musings of a mad-woman. The musing is off the charts any more.

Cordicon brings us a short video about a fire in midtown Manhattan (New York City) that houses a CITIBANK. Another source says the building was near Trump Tower.

He then goes into the testimony of a priest claiming he didn’t know sex with a child is a crime. I can’t even believe these words are coming out of my fingers.

I don’t know… I don’t recall… I don’t remember… I would have to refer you to… the lies, the coverups, I’m so sick of it. These people are mentally, emotionally, spiritually and morally bankrupt and it’s bred into them. We’re long overdue for the purge.

We have multiple folks weighing in on the disruptive “rogue drone” scenario at Gatwick airport, and as always, there are varying opinions and slants to the story.

An electromagnetic pulse gun in a helicopter would have been able to fry these drones on the spot. In a worst case a machine gunner, shooting downwards. No one wants to think about this stuff….too inconvenient.  Source

That suggests terrorists might use them against us to cripple transportation and cause chaos.

I saw a thought process recently suggesting we would see more drone incidents in the coming days because “they” are going to want to pass legislation outlawing drones to the average person.

It’s the same idea as the false flag terrorist shootings to get us to scream for gun control and disarmament of the public. The establishment would legally have them, but the citizenry would not. Too dangerous, they would say.

Since this was a major disruption to the public at a critical time of year and caused a tremendous amount of inconvenience, the above scenario is likely what this was about. If you inconvenience or scare the sheep enough, they will come around to your way of thinking—they believe.

Like most technology, drones can be a blessing or a curse. The privacy issue is apparent, but they have also enabled us to investigate situations where we, the People, are not being told the truth and enabled us to get the inarguable photo facts into the independent media to debunk leading narratives. For this reason they might want to de-drone us.

More than likely “they” would be a problem for us, as we heard Obama ordered the assassination of individuals via drone and the pilots “just followed orders”.

Something to think about.

Gilets Jaunes protests continue in Paris in Week No. 6

Despite the dreary subject matter, I enjoyed listening to this delightful Scot expound on the situation in the European Union as it relates to France, the UK, Spain elections, and monstrous activities of the oligarchs and the misery they have fabricated across the pond. He gets into Julian Assange and Donald Trump, Robert Mueller and more… in a separate video. This was an excerpt.