Editor’s Note: Can anyone say…”false flag” in a country where the yellow vests stand for freedom? Just sayin…Please read, know that revolution is global, and…

This just happened today in France, and more details will be coming out eventually. The injured tally keeps rising before I can publish the article. They said the shooter is known to police. Sounds like the old false flag playbook.

Strasbourg shooting: 1 dead and 6 injured at Christmas market as city told to stay inside

The French Interior Ministry has urged people to stay inside and said there had been a “serious public security incident”. 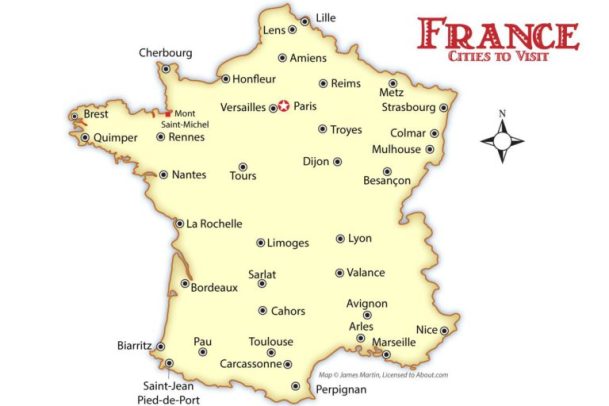 We have more testimony from France concerning the situation in areas other than Paris. A fellow who says he is in Nice (deep south) reports it’s very difficult to get around on the roads with travel times far longer than usual, gas stations have no fuel, and stores are emptying of food and supplies.

The media is not telling the true story in France about the demonstrations and propaganda is rampant.

At the 9:21 mark, pause the video and read the article. Shocking, but not surprising, if you know what I mean. There is an organized plan within the media to do damage control and put out propaganda to hide what is unfolding in France, and probably other areas of the EU. Pre-written articles… all ready to go to steer the narrative.

Brilliant.  Thank you, 7. (His voice level is low so you will need to crank up the volume when he speaks. The rest is ok.)

In this short video from Dan Dicks at Press for Truth, we learn exactly who Emmanuel Macron is, and that he has vowed to make vaccines mandatory in France after 10 deaths from measles in the past 8 years.

Most of us are aware there are far more health risks and negative side-effects with vaccines than with measles, mumps, rubella, or most other childhood diseases, but the globalists in France are ready to follow the lead of the psychopaths in America, Australia and other places to push the vaccine agenda. They are not slowing down their assault on Humanity.

Can you tell Macron has been promised the moon—or Jupiter—if he can pull this off? That dude is bad news and needs to go. Stand fast, citizens. ~ BP

Cynthia is the typical Pisces! Her left brain activities include scientific activities in the hospital laboratory as a director. Her right-brain activites show as a painter, photographer and musician. She is known as the scientist who sings!
View all posts by cindyloucbp →
This entry was posted in Uncategorized and tagged 7, coverup, demonstrations, food, France, fuel, love, Macron, mandatory vaccines, media, Nice, Press for Truth, propaganda, protests, restaurant, riots, shooting, shut down, Starship Earth, Strasbourg. Bookmark the permalink.