ith respect to the first story below, we’re going to see almost every happy memory we have of our childhoods ripped to shreds when they reveal everything about our reality… so sad. Nothing was what it seemed and Thomas Williams cautions us that what we are now seeing in the alternative media about pedophilia, pedovores, satanic blood rituals and cannibalism is a mere scratch on the surface of the deep pool of Humanity’s fate at the hands of the psychopaths.
I adored Shirley Temple and took the entertainment at face value. I hadn’t thought about that recently, but was forced to when I saw the post below from the Crazz Files.
I continue to listen to David Hawkins of ‘Abel Danger’ spill his guts in the series, “The Greatest Conspiracy Ever Told” and this weekend I learned the details of JonBenét Ramsey’s final minutes. My mind is far too visual for disturbing details like that but we have to steel ourselves, shed our tears for the innocent, and accept the reality.
What the predators have done to Humanity is unforgivable. Most of us treat the fauna on our planet better than these monsters treat Human Beings.
We will do what we must to bring all this knowledge to the fore and see to it that we are never taken advantage of again.
The battle for Planet Earth/Terra/Midgard is sounding like it’s in the final stages, so dig in, stay strong, continue to share the reality of it and support those who are in the trenches putting their lives on the line in whatever ways you can. ~ BP

Shirley Temple and the Disturbing History of Baby Burlesque
Jewish Hollywood’s promotion of pedophilia is nothing new, but can be seen on full display in the Shirley Temple shorts of the 1930s.

Toronto Danforth Shooter: Ties to Chemical Weapons Stockpile?
It’s always the same: “known to law enforcement”. Of course he was. It was another orchestrated terror attack.
See the video…

Crazy flooding again this year in India…
According to data provided by India’s National Emergency Response Center, heavy monsoon rains and floods they caused since the start of the 2018 Southwest Monsoon season have claimed lives of more than 570 people. Floods have affected millions of people and destroyed thousands of homes. 13 persons are still missing.
570 Deaths After Monsoons Sweep India

The Missing 13th Amendment from the American Constitution
We’ve talked about this “missing” amendment before. It’s fascinating. They conveniently eliminated it early on because they needed lawyers to take over the government. If you look, you’ll find that nearly every member of the government is/was an attorney. Barack Obama… lawyer. Michael Robinson Obama… lawyer. Hillary Clinton… patent attorney. Bill Clinton, attorney. Trey Gowdy, attorney. Joe Biden, attorney. Mike Pence, lawyer, and how many lawyers in the SES—400 or something?
That sleight of hand that enabled the modification to the Constitution that they slid by the American public was instrumental in the downfall and subversion of the People’s government. They speak and write in a language only “they” understand, treat us like domesticated animals who need to be “represented” in their kangaroo courts because we’re too stupid to translate and comprehend their BS law of the sea and statutes. They ensured everything they wanted to do was “legal” and knew all the loopholes they’d created.
I understand President Trump has been advised to dump the Admiralty gold-fringed and tasseled flags in favour of ‘Old Glory’. The Republic of America only relates to Law of the Land—no gold fringe! Anyone know if there was a purchase order for a large number of flags for the White House recently? 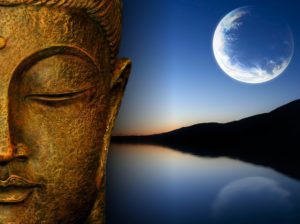 Thomas Williams hosted another super, uplifting THI show last night, none the worse for wear after being punted by the “clowns” from the July 12th show far too early. He provided much-needed perspective of the “news”, some interesting intel, and a few laughs, as always. The ThemTube version is below. The audio at Spreaker is here. Suggest you take it in.

Nice to see some awakened people re-sharing the intel Thomas bring us. It only took 5 years, lol. This excerpt in the link is from the July 19 show.

Some highlights of the July 29 THI show, off the top of my head…

President Trump has officially “recognized” the letter from ” the Manna World Trust team” delivered to the White House in January advising that the Republic is now sovereign and he has since announced his plan to “seize the Fed”. Now, THAT’s progress!
Trump has also announced that he has no reservations about shutting down the Federal Government if the Democrats refuse to fund the Wall. Of course WE know the Trust is funding the Wall, so this is all smoke and mirrors necessary to facilitate what needs to be done and have it understood by the public. The media will have their way with it, no doubt, and we’ll learn the exact strategy after the fact.

The clowns attempted to pull off an RV three times last week, which of course failed, as it always has and always will. The cabal whacked 2,000 of their own in the past month, and since the minions were unable to trigger the RV for the umpteenth time, we expect more executions over that. Have at ‘er. Thomas says we will see more “RV people” stepping down, as a result. (those claiming there will be one “tomorrow”, tonight, next week…)
The United Nations has announced they’re running out of funds because member nations aren’t paying their dues. Of course WE know…the UN was seized and dissolved by the Team but the psychopaths continue to pretend nothing has changed membership fees for the United Nations were always illegal

Kim and the team confiscated the funds collected by the UN as membership dues and returned them to the originating countries and they will not be paying any dues. Period.
Bye-bye UN.

The psychotic media is telling the world that the Americans are going to start WWIII with Iran. That is pure fantasy generated by the propaganda arm of the deep state, of course, to make the Trump administration look bad. America will not attack anyone, and there will be no WWIII. Not now. Not ever. Get over it. When have Trump’s negotiations ever failed? Nothing is what it seems.

Since nothing the cabal does to secure funds works, they are beyond desperate. They managed to loot 1.8B from the Fed last week. The good news is, that was one more “secret access program” of theirs they have revealed to Kim and the team which is now shut down so it cannot be repeated.

There has been an ongoing process like this with the Trust funds, time and again. The psychopaths had many, many ways to steal money from many sources, and most of them have been shut down by the Quantum system so they cannot use that avenue again. They still have a few tricks up their sleeve, apparently, but each time a secret access is revealed that option is removed, permanently.

You know what else the Quantum system can do? It can send a looped message to the cabal… 24/7… like this… which it did—to the Rothschild thieves. (I love the sing-a-long part of the show.) If that message wasn’t written directly to the cabal, I don’t know what was.

At some point soon, they will have exhausted all avenues to rip off the People, will no longer be able to block the global Trust and the funds can then be released for Humanitarian Aid projects. Kim and the team are not indiscriminately holding back any funds; they are continually fighting off the fraudulent efforts of the dark to steal the funds. As soon as it’s safe to do so, they will release the funds. As Trustees, they take their job to protect the Trust on our behalf very seriously. To throw it all away now would be asinine, reckless and irresponsible.

It has been grueling and dangerous work to fight the banks, gather up 6,500 individual global trusts into the one and fund as required to prevent a global economic collapse. FYI, none of those trusts were called St. Germaine or Wanta.

Ironically, despite the death threats and assassination and abduction attempts, Kim had a message for us yesterday. She thanked US—the THI gang—for reminding her why she does what she does. Can you imagine; Kim thanking US? Kim was instrumental in much of the key work that dismantled the cabal. Without she and the team, we would not be enjoying the good news we’re getting these days. Our hats are off to you, Kim and Co. We can never thank you enough. Ditto to Thomas.

If there’s ever any doubt as to whether the lamestream media is complicit in the brainwashing and anesthetizing of the public, consider this: a US military missile was fired on American soil with the intent to shoot Airforce One and the President of the United States out of the sky while enroute to meet with Chairman Kim Jong-un to seal the Peace agreement and denuclearization of North Korea.

The missile was shot down mid-air by F-16s—and according to recent QAnon intel, equipped with a C-5 special weapons package enabling them to do that, as normally it is not possible. If you believe there is no civil war or revolution ongoing in America—think again.

The corporate media networks completely ignored that mind-blowing act of war and sedition on POTUS while the Independent/Truth Media made it widely public. Who are they protecting? It’s not rocket science—the rogue military that reports to the Rothschilds—and until the “US military” reports to the Republic, we can expect the chemtrails and weather weapons to continue.

The cabal’s media live in a dreamworld. They don’t report on what’s happening. They convey a fabricated world of fabricated events designed to manipulate the public and unseat President Trump and his administration. They protect the rogue agencies who seek to destroy the patriot movement to make America great again. They want the world comfortably numb to what’s really unfolding. For a few, it works.
The pedophilia/human trafficking aspect of life on our planet has far-reaching tentacles that will take down an astounding number of prominent figures and it will be noisy, so prepare for that. The proof is in the news every day now, without fail.

Thomas cautioned us again to do our inner work; to get shielded, calm and centered because from here on it will be “bedlam”. That’s encouraging! For help with that, visit the Think Different website and access the tools.

We’re coasting to some degree at the moment… but that holding pattern is about to end. There are a lot of things developing in the background that cannot be revealed on the show. Yet. Patience. It’s happening.