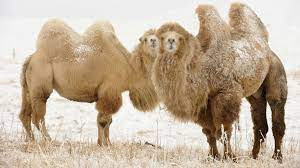 I believe we are passing through the “Confusion” stage and into the “Clarity” stage. There is a sh*tload of truth flooding the Internet. Vindicating truth, I might add.In the Great White Gulag… FOI documents Released! Bonnie Henry’s FORCED Email Dump Shows She Knew Bad Things Were Happening From The V’s…https://librti.com/view-video/foi-documents-released-bonnie-henry-s#dpr FOI Docs Reveal What Bonnie Henry Knew About Adverse Events Following Immunization (AEFI)Phil G. had 4 million people tuned in last night for his podcast so it isn’t surprising that the flow was interrupted once again by technical difficulties. His synopsis is as follows. Sounds like I read his clues correctly and the cavalry is on the way. Link to Telegram. Recap: 1.) Bix Wier confirms many things we’ve been talking about regarding: Gold/Silver price ration, gold/silver valuations, QFS/NESARA, the end of the Federal Reserve, and the start of a new Gold-backed system. 2.) Several states have decertified the 2020 election via their State legislations. 3.) The Military is coming, and EBS is very likely. An important point to note concerns the election. Shortly after the steal, Ron Watkins/CodeMonkeyZ posted on Telegram: “Fraud vitiates everything.” What does that mean? Here’s the fine print, as forwarded from PassWord channel on Telegram: That phrase you keep seeing.. “fraud vitiates everything…” (USSC v. Throckmorten) it means that any state that decertifies for reason of fraud the ENTIRE election is cancelled EVERY SINGLE STATE as fraudulent. No matter who won which state, if there is fraud it must decertify. We cannot exist as a free Republic where election fraud exists. Hope this helps, there should be absolutely no confusion about this issue. While it may seem like the nation is lost and little has been done to prevent a repeat of the 2020 election crimes, the drama is all for the purpose of waking the snoozers.There are nearly ten states tossing around the possibility of decertifying the election results and all it takes is one to officially do so and shazam! The election from coast to coast, border to border is declared unlawful and the Resident will be ousted. Not without fanfare, violence, media freak-outs and chaos, but hey—it has to be this way. 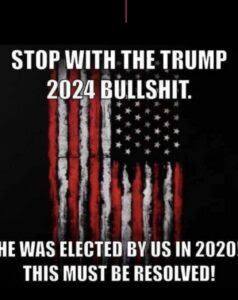 That brings me to my next point which I considered making yesterday but I do want to inject here.Many people who understand what has happened to at least some degree appear to be very impatient, agitated, frustrated, possibly afraid, and maybe aren’t grasping the reality of this liberation process under the control of the Earth Alliance.