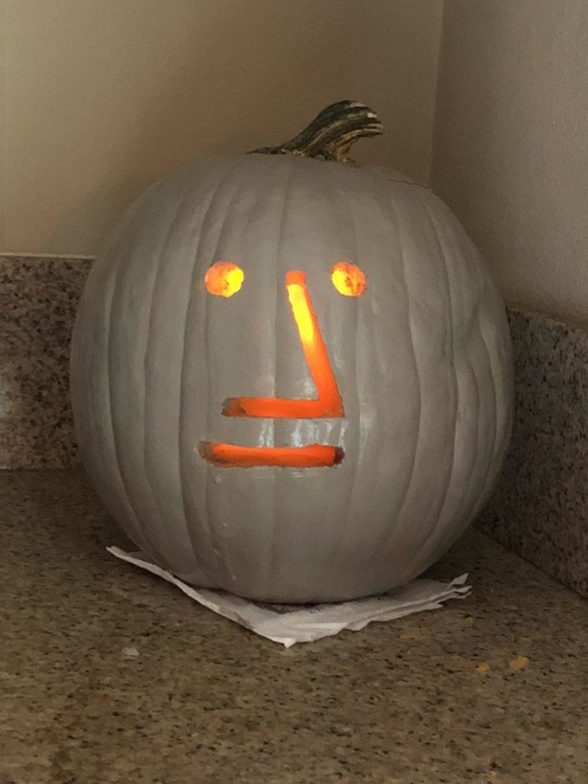 Last night Thomas Williams told us the cabal has declared all-out war on Humanity and all life forms on this planet. (link below)

No biggie. This is to be expected, and Thomas assured us there is no need for fear. I have been telling readers for 6 years that the cabal will never surrender and it will come down to “us or them”. It was their choice after many opportunities to step down.

Thomas says we are way ahead of them in strategy and numbers and their little armies don’t have a hope of winning this war in the end game.

We’ve had the cabal’s private communications satellites taken over by the Resistance Movement, as confirmed by multiple sources; we’ve seen three cellular networks go down in the past week, as well as Amazon and YouTube; 3 mainstream news networks were off the air (NBC, ABC, CBS), my phone and Internet have been down more than usual, and late yesterday afternoon our DirecTV satellite went down and that is extremely rare—like maybe once a year. All I saw was the reboot notification saying the system was doing a diagnostic and then everything came back up where it left off, right back to my music.

Does this sound at all like what might be considered a “reset” to you? Just thinking out loud.

Here’s a sensible-sounding explanation for the YouTube outage, and he says this could also be applied to the entire banking system. He says it’s “alarming”. To me, it’s not alarming at all. It’s an encouraging sign of the times, and the changes under way to transition to the new systems that the cabal is not in control of.

He speaks of the “keys”. Douglas Gabriel and Michael McKibben have spoken at length of the digital Internet Keys held by Hillary Clinton enabling her to personally access any website, email, etc. to read or even modify data. Since she is a grateful recipient of the “catch and release” program and will not be Queen of the World as she assumed… if, perchance, those keys changed hands recently, might we see the following scenario? Perhaps.

Thomas confirmed the SpaceX rocket launch was a little more than that, although definitely NOT opening a portal. He said the payload was unauthorized and “not beneficial” so I guess we had a little “intervention”. That’s how it appeared to me, so thank you for the confirmation, and thank you very much to our guardians.

Californians found out this week that electricity can be denied at any time, so I hope everyone is getting the picture.

Texas is getting flooded, and the Carolinas have also been under water for weeks. Water and electricity don’t mix. No one can predict what will happen or when, and in times of war we need to be prepared.

We’ve suggested everyone have enough food and water on hand for 2 weeks, as well as meds and daily necessities and min. half a tank of gas at all times. It’s not expected any inconvenience will extend longer than two weeks at the most if and when systems go down for the global reset, and probably less.

Thomas said there is a tremendous amount of mission critical stuff going on behind the scenes and nothing can be said about it.

Here is the video for the show last night. You can also listen on Spreaker.com.

Cobra has posted nothing in 6 days except this update for the Resistance Movement:

Perhaps this means they are keeping a close watch on Airforce1 as the President flies to Phoenix for the MAGA rally. More on that below.

So… I trust we are in good hands. The White Hats and Light Forces have a solid plan, QAnon has been dark for 10 days and Thomas can’t tell us anything much.

He did say we have a lot of off-world backup amassed above us, ready to launch into action—oh! and he said that those Beings who have been enforcing the martial law scenario we have been under globally for eons, are now enforcing the global Peace Treaty. Any parties in breach of the treaty will be dealt with severely—whatever that entails. Exciting times! There will be no catastrophic, extinction-level events on THIS planet.

I recall a channeled message several years ago telling us that as the war peaked visibly there would be so much happening all at once it would seem like utter chaos. The deep state is trying to engulf President Trump in a storm, but everything is under control and he seems to hover in the eye where he can see all around him and respond sensibly.

I suppose it’s possible we will see more severe weather, whether natural or man-made, so it’s prudent to have our SHTF plan just in case. If we can remain calm it will help us all.

Our Planetary Defense Commander, Thor says a mega-storm, heat, freezing and everything you can name is coming up. He makes me laugh out loud and humour is a great tension-breaker. Thor gives us a 360 of everything going on with Terra/Midgard including volcanoes and more expected rainfall in the US southwest next week. So sorry, Texas!

Here’s some more humour: I repeat—HUMOUR. Funny. Ha-ha. It’s actually hysterical if you listen to the end.

This emergency alert broadcast from Homeland Security is apparently a mockery of some scare tactic the deep state would have loved to implement because within their tiny minds, they were going to invoke WWIII; delusional, decrepit, retards that they are.

It says they believe Iran fired an ICBM at Israel, Israel replied in kind, and that in reprisal Russia and China joined in on the fun. They continue, saying the blast will flatten our homes and the water in your toilet may be used for washing but not drinking. Give me oxygen. Whoever created this alert message can’t spell and left words out. “Stay in your refuge for six months.” I can hardly type I’m laughing so hard.

Thanks to Jamie Lee of A Plane Truth for this, and his added bonus. It’s about time NASA showed us a real photo of Earth from space.

Since we’re on the topic of NASA and authentic photographs, I happened upon this video this morning and it fits. I love how folks sneak this stuff in.

This is insanity, and a crisis which could go very wrong. Intend for a calm and peaceful resolution, please. A miracle would be nice.

I watched a Fox news show with Tucker Carlson last night and he said that a caravan from 2017 that stormed the US/Mexican border brought hundreds of illegal immigrants to America and they’re still here. Now the cabal wants to flood us with 4K more. I feel sorry for these people being in limbo and victims of this war. They were lied to and given cash to do this.

Nancy Pelosi is telling us it’s “immoral” to put up a wall; like she and the cabal have ever had an ounce of morality or even know what it is.

They love to lay the guilt trips on us, don’t they? WE caused “global warming”. WE are insensitive if we use the wrong terminology in our speech. WE are racist if we don’t want immigrants moving into our cities and raping and killing innocent people. WE are immoral if we want to prevent illegal immigrants—which usually include terrorists, drug and arms runners and now Muslims—from crashing our border and putting a huge financial strain on a country where our own children are going to school hungry, people have lost their homes, and millions are jobless or working three jobs to make ends meet and pay for criminal medical care—meanwhile THEY are in control of the planet and everything that happens on it. Make that past tense.

The Democrats have to go. They do not have the best interests of the People in their plan and want the opposite of what the Republic demands to rebuild the country and protect the people. They are anti-Republic, and anti-constitution.

I would like to know: Are Nancy Pelosi, Maxine Waters and Gerry Brown going to put up these migrants in their palatial homes, feed and clothe them, and pay for their re-education and medical expenses? I doubt it.

This one just came in. To me, this IS chaos.

How’s this for a gobsmacking headline? Miracles happen every day.

‘Breakthrough’ & ‘message to US’: France & Germany to join Russia & Turkey in Syria summit

RT also reports that Julian Assange is suing Ecuador. What took you so long, Julian?

From last night, Dave’s updates on the financial, geopolitical, political and global situation. 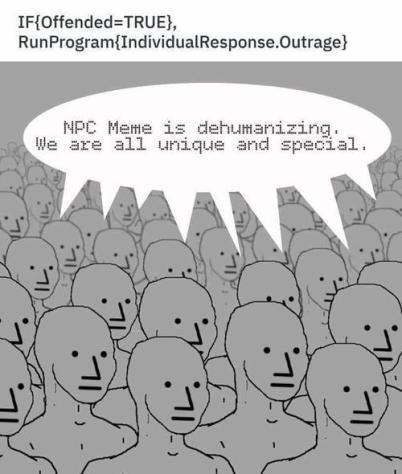 And, once again closing on a light note, we learn the NPC meme is driving the dimms crazy.

I rarely do social media and until yesterday (thanks R) didn’t know what the NPC meme was. This article explains. It’s kind of like a faceless zombie. Kind of like the dimms.

The jack-o-lantern at the top of this post also illustrates the NPC meme they refer to, and there are plenty of amusing ones at ZeroHedge.

President Trump is doing a MAGA rally in the Phoenix area today, my mail lady tells me. I would like to go just to feel the energy and see the crowds for myself, but I’m not. He also made a stop at Luke AFB to support Martha McSally and will later be heading to a hangar in an East Valley airport. Wow, a hangar. They could put his T-ness in a harness and have him swoop down to the stage like Garth Brooks. Or Superman. Time to sign off.   ~ BP