Benjamin Fulford Geopolitical Update for October 8, 2018: The world is about to learn about Khazarian mafia crimes horrific beyond imagination ~ October 8, 2018

Posted on October 8, 2018 by cindyloucbp 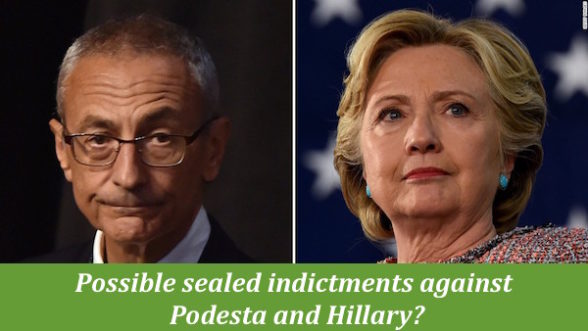 Editor’s Note: Starship Earth is putting a great article here based on this week’s report by Benjamin Fulford who is keeping us more aware of those things happening in the background as our world changes…for the better!

The unawakened mass consciousness of the world truly needs to become aware of the horrific actions of those who have long pulled the strings of our lives. True evil is at the core of current control and WILL BE STOPPED.

The full report of Benjamin is available now to those who have registered on his website, https://benjaminfulford.net, with only a preview available at this time who are unregistered (haven’t paid). That being said, typically, the full report is available on Disclosure News Italia which I bring to your attention on Tuesdays.

I do not know the timetable for action, but please prepare yourselves for our shocking reality, read this article, know full truth is a hair’s breadth away, and…

The push seems to be on to educate the world about who has been running things in the past and the problem which needs to be assimilated and addressed.

America, in particular, must be apprised posthaste and have at least a rudimentary understanding that the upcoming arrests are warranted and NECESSARY to protect society from the predators who have hidden themselves in our midst.

We can’t have the stupefied masses off their heads when arrests or martial law, if enacted, are announced. If the public understands their safety and their children’s is threatened then perhaps they will be more accepting of the disruptions and in a position to ignore the screams of the traitorous lamestream media to oppose Trump, etc.

In fact, none will probably protest more loudly than the talking heads, since they are infiltrated at the highest levels with sexual deviants, as evidenced by the recent dismissals/resignations of Les Moonves and Don Hazen due to sexual allegations by multiple women—and that’s only the tip of the iceberg within the lamestream media.

Patriotic Americans have been betrayed and are about to learn that their precious John McCain was most likely executed after a secret military tribunal, in part due to his role in Arizona’s human trafficking and pedophilia. He was one of many actors playing multiple roles. These people aren’t who we think they are and they protect each other. Who do you think the “elite” are? They’re in the “club”.

Despite mainstream coverage in Canada, Norway, and other nations, the public is still largely unaware that law enforcement have unearthed multiple child trafficking rings in the world wide web of predation, and that ain’t the half of it.

It’s about to get very ugly within church and state across the planet. The denial has to stop.

Not surprisingly, there IS a word for these sub-humans. Pedovores. They may look Human, but they are not.

Ben has linked the macabre “snuff film” that the New York Police Department released—because no one seemed inclined to take action against Hillary Clinton despite the thousands of children missing every day.

Initially the footage was limited to the “dark web”. Now the authorities will have no choice. Enough! It’s goin’ down. The sooner we get  this morbid truth out there, the sooner we can deal with it, get on with the tearing down of a sick society, and rebuild.

Thank you for putting it out there, Ben. Someone has to.

Next, we need the FISA documents (UNREDACTED) released to exonerate the President. Then, the sealed indictments can be processed and arrests made. Drain the swamp!  ~ BP

The Khazarian mafia have been torturing, murdering, and cannibalizing children on a horrific scale, and the world is about to find out as military tribunals begin.  Some very disturbing images and testimony sent by the New York Police Department and the CIA show just how evil the Khazarian mafia really is.  These people are beyond truth and reconciliation and do not deserve even a quick death.

Let us start with FBI statistics on missing children in the U.S., so that skeptics can prevent the sheer evil of these deeds from shutting their minds.  In 2015, 442,032 juveniles went missing;  of these, 42,032 were not found.
https://www.fbi.gov/file-repository/2015-ncic-missing-person-and-unidentified-person-statistics.pdf/view

By comparison, in the same year in Japan 17,971 children (the equivalent of 44,927 in the U.S. when adjusted for population difference) went missing, and close to 99% of these children were found.
https://www.npa.go.jp/safetylife/seianki/fumei/H28yukuehumeisya.pdf

The photographs below, sent by the CIA, are linked to CNN star and FRB Vanderbilt heir Anderson Cooper and may give a hint as to what happened to at least some of these children.

Even more gruesome is the video still-shot linked below that was sent to the CIA via courier by the NYPD.  It shows a young girl whose face was allegedly peeled off by Hillary Clinton in a satanic ritual.  Be warned, it is graphic and I stopped watching shortly after the 2 minute mark.
https://youtu.be/zIbY6jyQpJ8

Now I begin the understand the look of sheer horror on the face of George Soros when I asked him a question at a press conference about the families that own the Federal Reserve Board (FRB).  He had probably seen some of this sort of stuff firsthand.

The prosecution of these criminals is set to finally start now that the U.S. military government backing President Donald Trump has secured a majority on the Supreme Court with the confirmation of Justice Brett Kavanaugh, Pentagon sources say.  “Attorney General Jeff Sessions has already met with the real special prosecutor, U.S. Attorney John Huber in Utah, so that the 57,000 indictments may be unsealed,” the sources explain.

“The seating of Kavanaugh on the Supreme Court should unleash declassification of FISA and other documents as well as military tribunals,” the sources say.  Furthermore they add, “The Senate unanimously approved a resolution calling for declassification of 9/11 documents, so the stage is set to take down the Zionists and the deep state.”

Another aspect to starting the prosecution of these criminals is the ongoing U.S./Russian military action against the rogue state of Israel, the sources say.  In particular, “Russian electronic warfare is aimed … (to be continued later this week, per Ben’s request)

The remainder of this article is only available to members of BenjaminFulford.net
Please Log In or Register to create an account.

THE MIND OF RD REVILO, The Blog 4 BLACK Men