The footage above is unrelated to the subject matter below except for the date, but important. The video is said to be a CCTV loop from a building near the Pentagon. That doesn’t appear to be a plane ramming into the side of the building. Looks like a missile, doesn’t it?

Editor’s Note: Starship Earth brings us more information to help us understand the true nature of evil that this world endures. Please read this article, know that the truth will set us free…once we each decide to take our individual stand for truth!

Pamela Geller published the piece below on her website today and it bears sharing. This is the closest footage we will see of the towers immediately following the attack 17 years ago today. If you have two hours, you can watch the whole documentary. Don’t worry— “they did not show the full horrors of the carnage around them.”

I remember where I was when the media plastered the news all over the televisions and terrorized the world with their lies and images. Everyone in our department at the office in Toronto was watching in abject horror and disbelief. I had been to the World Trade Center as a tourist not long before this and my other half stayed at the Millennium Hilton across the street when he went to New York on business.

Many of us in many countries have links and memories to that complex even if we didn’t live or work there. It was the WORLD Trade Center, after all, and people from Canada and other countries also perished; not only Americans.

What is unfolding in America now is the result of sufficient people waking up to the agenda of the people who orchestrated the 9/11 attack and finding the courage and the resources to bring justice to those who committed that crime, and far too many others.

Donald Trump is one of their resources. He’s the MOAB; the mother of all bombs. He is going to decimate the cabal and they will pay for what they have done.

When he releases the classified FISA documents and they are no longer redacted, welcomed or not—America will see exactly who did what. They will see the sedition and treason on the part of Hillary Clinton and Barack Obama and their cohorts; the Bush cabal. They will learn of their hatred of America and her people. They will learn the penalty for treason is death.

The Resistance has already shown they mean business and the execution of John “Songbird” McCain is proof and sets the tone.

Once the reality is part of the collective consciousness, the world can be briefed on the multitude of crimes against Humanity; the wars, the slaughter, the lies, the theft, the slavery, the sexual predation—and more.

Perhaps then Humanity will stand up to the corruption and route it out ruthlessly and completely without further encouragement.  ~ BP 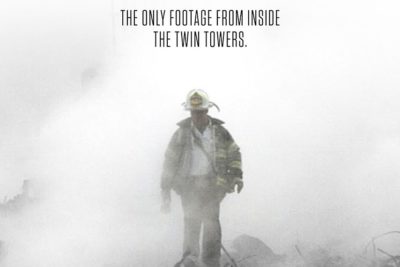 by Pamela Geller, The Geller Report

17 years ago at 8:45 am, the first plane hit the World Center Tower. The 19 Muslim terrorists left behind “martyrdom” letters hailing Allah over 90 times. But if YOU mention Allah when discussing 9/11 (or any Islamic terror attack), you will be publicly shamed, smeared, defamed and ultimately targeted for death.

2997 souls perished in the cause of jihad, and yet in all the coverage you read today, that will never be mentioned.

9/11 is a 2002 French-American documentary film about the September 11 attacks in New York City.

Filmmakers James Hanlon and the Naudet brothers were originally filming Tony Benetatos, a probationary firefighter of the New York City Fire Department assigned to the Engine 7/Ladder 1/Battalion 1 Firehouse on Duane Street in Lower Manhattan with the intention of making a film about the “probie’s” first experience as a firefighter. On the morning of September 11, the firehouse, under the direction of Battalion Chief Joseph Pfeifer, was called out on a reported “odor of gas” at Church and Lispenard Streets. Jules rode with Pfeifer to investigate, while Gedeon stayed behind at the firehouse with the “probie.”

As the Battalion 1 firefighters examine the supposed gas leak, American Airlines Flight 11 flew overhead. Turning the camera to follow the plane, Jules taped one of only three known recordings of the first plane hitting the North Tower (Tower 1) of the World Trade Center, the others being a video shot by Pavel Hlava and a sequence of still frames taken by Wolfgang Staehle.

The firefighters, under the direction of Chief Pfeifer, were the first responders on the scene, and Jules was allowed to follow the chief during the attempted rescue operation. Jules, Chief Pfeifer and several other FDNY Chiefs were inside the lobby of Tower 1 when Tower 2 was hit by the second aircraft and when Tower 2 eventually collapsed (Gédéon, meanwhile, is back at the firehouse, filming the reactions of Tony Benetatos and the rest of the firefighters from the next shift as they try to deal with the disaster).

They refused to film the dying:

The French documentary makers behind last night’s harrowing “inside hell” film about the collapse of the twin towers admit they did not show the full horrors of the carnage around them.

Jules Naudet, who was with fire fighters in the lobby of tower one when tower two collapsed, said he saw two people engulfed in flames and dying before his eyes almost as soon as he entered the building.

They had caught fire after fuel from the American Airlines jet had gushed down the elevator shaft.

But Naudet said a kind of “auto-censorship” kicked in and he refused to film them dying out of respect.
Advertisement

Newspaper TV critics today applauded the documentary as a “magnificent” and powerful documentation of the cataclysmic events of September 11 2001. But several also criticised its descent in “schmaltz” towards the end of the film.

In a interview screened by BBC Interactive and available only to viewers with digital TV, the film makers, Jules and his brother Gedeon, explained how and why they shot the film.

“There was a very big controversy, in fact, before the first airing on CBS on March 10 because there were rumours going round the country that the footage that Jules and I had shot was absolutely horrible and that we had filmed carnage and body parts and people dying in front of the camera, but it is absolutely not what we did and refused to do that from the very beginning,” said Gedeon.

He added: “So everyone was very much afraid of what they were expecting to see and when people had seen the documentary and most of the families called us to thank us.”

The brothers’ film of the first plane going into the twin towers was seen all over the world in the days after the attack – but the film makers said they didn’t know for sure if they had captured the image because they too had felt momentarily paralysed by the shock of what had happened.

They were out with New York’s fire fighters on a routine call following a suspected gas leak in downtown New York when the first plane hit.

“I remember filming fire fighters and then when we heard the plane and I had time to see the plane going between the buildings and could make out the American Airlines on it, it was that close and then I swung the camera round… I discovered much later on that I had filmed it,” said Jules.

He was out with battalion chief Joseph Pfeifer getting some camera practice when the first plane hit. He explained how Chief Pfeifer – who lost his brother in the attacks – knew immediately it wasn’t an accident as there was no smoke from the plane and it wasn’t wobbling in the sky. “He made the deduction very quickly.”

Although Jules and Gedeon were shooed away in the immediate aftermath by a New York police officer who screamed “This isn’t fucking Disneyland”, Chief Pfeifer instinctively knew the documentary was right. His decision to allow Jules follow him into tower one produced what one TV critic said today was “the closest we may ever come to experience it at first hand”.

One of Jules’ first traumas was the sound of bodies falling to the ground as they stood in the foyer filming fire fighters setting up a command centre and shepherding up to 25,000 people out of the towers.

“At first, like anyone I heard this huge sound. It was almost like a car that had been dropped from very high up and it could be a piece of the building falling down. and then the second one, the third one, and then I heard the firefighter behind me saying ‘OK, we’ve got jumpers’ then I realised this is actually a person we are hearing and dying as we hear the sound and it was constant because it was every 40 to 50 seconds,” he said.

“I remember that day because we were confronted by these horrible images of death. As I entered this building I hear a scream on my right and I just turned and seeing that horrible image of two people who are still alive and moving but who are in flames and dying in front of my own eyes. The image was so horrible and so traumatising in a way and I didn’t film it… it was so bad… there is some kind of respect that should be shown in death. That kind of auto-censorship, we did it for the rest of the day and the weeks to come… we always shied away from showing that.

“Nor did they film the bodies raining down from the floors above. It meant there was nothing too dreadful to discard when the painstaking process of editing 180 hours of footage down to two hours arrived.

“There wasn’t anything that we really couldn’t put on TV. We never filmed anybody dying or dead in front of us, we always refused.”

If you really want to know what happened on that day in 2001, without the media’s drivel, propaganda, and coverups, listen to Abel Danger; Field McConnell and David Hawkins. They’ve been telling the truth about this disgusting event since it happened, because it did not happen the way we were told, nor was it committed by the ones we were told. Not even close. The whole plot was a fabrication, and it is so full of holes it’s almost invisible.

Are you aware one of the planes was slated to impact the Capitol Building in Washington?

There were many Americans who not only knew the 9/11 attack was going to happen, but warned others, and they were ignored.

When they spoke of it, they were either assassinated or put in prison to shut them up. Listen to Milton William (Bill) Cooper and Susan Lindauer. Their material is widely available on the internet.

It’s time the world woke up to what is really happening on this planet, stop being victims, support President Trump, and help put a stop to it.  ~ BP