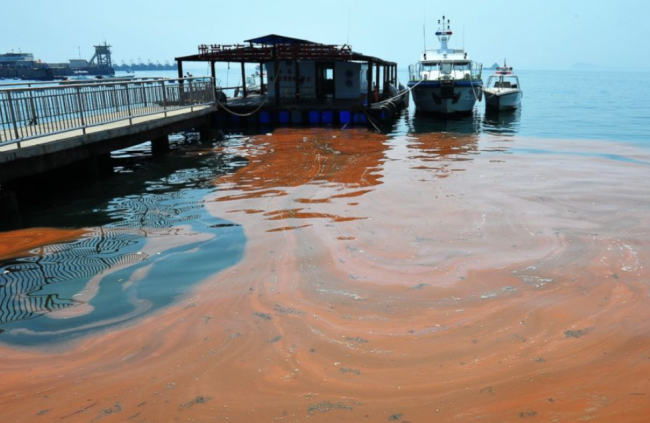 Editor’s Note: This is just another example of how the deep state (this has it’s root’s in a global organization committed to depopulation) is using any tactic they can think of to cause pain and suffering globally, but concentrating on the two countries with perhaps the worst debt that cannot be paid off…Greece and USA.

Let’s remember the torrid fires in Athens and California prompted by DEW weapons (and something else?). let’s look at weather patterns that are weird and wacky everywhere on Planet Earth, and let’s all watch as global economic and political scenario’s play out (spate of Congressional terms ending, massive CEO layoff’s, social media and Hollywood platforms of control upending) that indicate somethin ain’t smellin’ good Bout the way others have controlled our lives.

MSM has finally gotten around to recognizing (and attacking) “Q” and he/she/it’s breadcrumb trails leading to…(drumroll please) a patriotic reorganization of American life. Q promises “something BIG to drop” soon, and I think we are all way past ready for some  political relief. As a “spiritual” person, my thought is that political relief will open doors for all to realize their own inherent divinity and sovereignty.

As human vibrations rise, we will all come to realize that, the words of one of my friends, “We don’t need no stinking government!”

Although this report is another example of the mayhem we are experiencing, dropping into a state of mental F.E.A.R. (false evidence appearing real) is not a good reaction. These “trials and tribulations” instead, are excellent opportunities to dive deep into your own personal consciousness to understand you are a spirit dressed in a “meat suit” while here on Earth. Meet the “illusion”, my friends, and strive to be…

Despite Mote Marine Labs, Florida’s Fish and Wildlife Commission, and the Mainstream Media’s unilateral denial that Green Algae releases from Lake O’ would catalyze what is possibly the worst Red Tide outbreak in the state’s history, it’s now happened and will continue to happen until the grotesquely obvious truth is accepted.
Apparently, in my last report titled, “Toxic Algae: Obvious Causes of FL’s Environmental Disaster Denied By Media & Authorities,” the point wasn’t made clear enough: namely, the recent Lake O’ releases of billions of gallons of green algae contaminated water would make it to the Gulf of Mexico and feed the flames of toxic red algae blooms.

As you can see by the Red Tide chart above (possibly the worst outbreak in Florida history), this is exactly what happened, and continues to happen, despite the disinformation coming from Big Sugar, Mote Marine Labs, and the Florida Wildlife and Game Commission, all of which deny that Red Tide is fed by green algae that originates from land-based, human activites. This cause-effect relationship between the ‘green slime’ organism Synechoccus and the Red Tide organism Karenia brevis has been known for almost a decade, as evidenced by the peer-reviewed, published research that proves it:
“Grazing by Karenia brevis on Synechococcus enhances its growth rate and may help to sustain blooms”
Aquatic Microbial Ecology 55(1):17-30 · March 2009

“ABSTRACT: Grazing rates of Karenia brevis Clones CCMP2228 and CCMP2229 were determined in laboratory experiments using Synechococcus sp. Clone CCMP1768 as food. Grazing by K. brevis thus enhances the range of nutritional substrates available to meet its growth requirements, and may play a substantial role in sustaining natural populations in inorganic N-poor waters. With evidence that blooms of Synechococcus can be enhanced due to anthropogenic nutrients, the poten­tial importance of this particulate nutrient source for sustaining red tide blooms in situ is large and may help to resolve the current uncertainty as to how K. brevis blooms are maintained. It can now be hypothesized that as cyanobacterial blooms increase, so too does the potential for Karenia brevis growth to be enhanced and for blooms to be sus­tained through grazing, especially under the low light conditions associated with bloom self-shading. Recog­nition of this pathway is at least one step toward recon­ciling the long-term reported increase in K. brevis blooms (e.g. Brand & Compton 2007) and the tendency for blooms of this species to develop offshore in seem­ingly oligotrophic waters (e.g. Vargo et al. 2004, 2008)”
This year’s Red Tide outbreak is a direct, and ‘natural’ consequence of the Lake O’ releases and has already killed countless organisms in the sea, all the way up the food chain to sharks and whales, manatees and turtles. There have also been numerous reports of harm done to the exposed population, including a spate of hospitalizations. Unfortunately, the latest word from the U.S. Army Corp of Engineers is that the Lake O’ releases will continue because they have ‘nowhere else to send the water.’

Cynthia is the typical Pisces! Her left brain activities include scientific activities in the hospital laboratory as a director. Her right-brain activites show as a painter, photographer and musician. She is known as the scientist who sings!
View all posts by cindyloucbp →
This entry was posted in Uncategorized and tagged "Q", Galactic Connection, high vibrations, love, red tide Gulf Coast, spirituality, trials and tribulation, Trump. Bookmark the permalink.