After Getting Flu Shot, New York State Senator Is Sick For Two Weeks, Then Dies ~ November 27, 2018 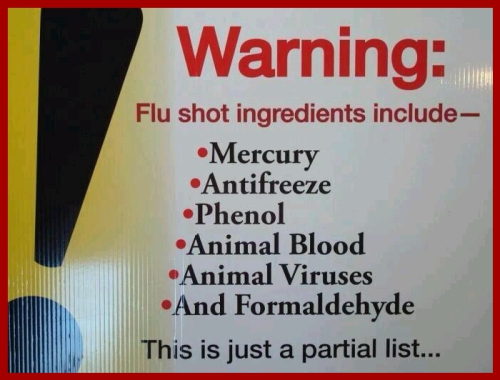 I don’t know what we have to do to get the message across to the public about vaccinations. Nurses who refused them were shamed, ostracized or fired, doctors who revealed their personal research had their careers destroyed or were “suicided”, a CDC whistleblower warned us… even President Trump warned us that vaccines don’t work.

It’s not rocket science, people, and frankly, I’m tired of telling the story.

Influenza isn’t often lethal unless a weakened body gets pneumonia as a result, but flu shots are known to kill people of all ages; particularly those with weaker immune systems, such as the very young or the elderly. They contain numerous nasty ingredients, at least some of which are known to be dangerous to the Human body.

The media can spin it till the cows come home, but we have all the data we need to understand there are massive risks involved with vaccines and oddly enough, the data does not support the notion that flu shots prevent the flu, or that whooping cough vaccines prevent whooping cough. In fact, the contrary may be expected.

If you GET a flu shot, you’re likely to GET the flu—or worse. If a child GETS a whooping cough vaccine, they might very well GET whooping cough. Real life stories tell the tale. (case in point: Salt Lake City, Utah students contracting pertussis after vaccinations)

Get vaccinations at your own peril. It’s like Russian roulette. Do you feel lucky?  ~ BP 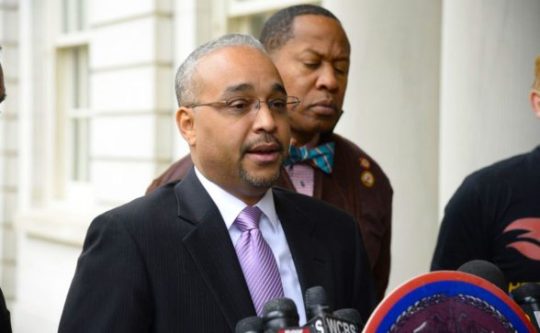 After Getting Flu Shot, New York State Senator Gets Sick For Two Weeks, Then Dies

On the eve of Thanksgiving, New York State Senator Jose Peralta, 47, died tragically and suddenly of what is being called ‘septic shock’. This New York Post article interviewed Peralta’s wife Evelyn who offered a few details:

Cynthia is the typical Pisces! Her left brain activities include scientific activities in the hospital laboratory as a director. Her right-brain activites show as a painter, photographer and musician. She is known as the scientist who sings!
View all posts by cindyloucbp →
This entry was posted in Uncategorized and tagged Big Pharma, death, died, eugenics, Flu shot, ingredients, Jose Peralta, lethal, love, New York, Senator, septic, sick, Starship Earth, vaccination. Bookmark the permalink.

1 Response to After Getting Flu Shot, New York State Senator Is Sick For Two Weeks, Then Dies ~ November 27, 2018