Life is nothing if not entertaining. Thanks for the heads up, Daniel. This is so lame. “Project Zorgo”? Really? Pfffffttt!!!

There are far more powerful forces at work than you. You’re cyber terrorists—and you’re so desperate to create an illusion of power.  ~ BP

QAnon has gone dark for 9 days so we know there is BIG, important stuff happening. Patience…

The War Drummer made another fantastic, well-researched video for us based on some older Q crumbs. What a sad history we have on this planet; much of it no longer common knowledge. We have a lot of work to do to put things right.

If you want real intel, tune in to the update from Thomas Williams this afternoon/tonight at 7:30 EDT/4:30 Pacific for the Truth, Honor & Integrity Show. Listen here or here. 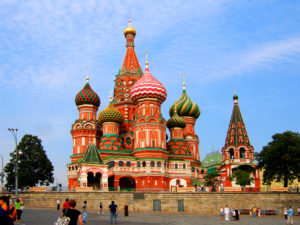 The cabal is desperate to provoke war, but Russia ain’t taking the bait and are stating no one sane will go there.

Moscow ‘ready for larger-scale provocations’ by the West, says Lavrov

Putin has retained his sense of humour, however. I thought his remark humourous, at least.

After nuclear holocaust, we’ll go to heaven as martyrs; attackers will die as sinners – Putin

If any nation decides to attack Russia with nuclear weapons, it may end life on Earth; but unlike the aggressors, the Russians are sure to go to heaven, President Vladimir Putin has said.

If we’re all going to die from a nuclear holocaust, I hope people will learn how to pronounce ‘nuclear’ properly, just so the history books are accurate.

More outages… this time with Amazon. Some feel these rolling comms interruptions are veiled threats by the dark to show us just what they can and might do. Could be factions flexing their muscles, too. My Internet went down for a few minutes again yesterday afternoon. It’s so commonplace I expect it. We’re at the point now if it didn’t, I’d miss it.

Another weird thing happened on TV on Tuesday evening, at least here in central NYS – the much ballyhoo’d “The Connors” was supposed to be on – which I didn’t plan to watch anyway – but I’m always checking the TV guide to see what’s on and at 8PM prime tv time, NBC, CBS and ABC were all off the air with a notice to “not call, we are aware of the problem” message – however all my other directv channels worked.

That’s a first, isn’t it? It sounds like there is some activity related to the lamestream media’s ability to broadcast and that “they” are not in control. Testing, perhaps. Very interesting. Thanks, K, for the heads up. I’m expecting some very enlightening announcements in the near future.

Trump declares Khashoggi appears to have been murdered and penalties will be stiff.

James Corbett’s tongue-in-cheek summary of the recent push for “climate change” funding clarifies the controllers’ last ditch effort to brainwash the public about the “global warming” lies. They need cash and they need it badly.

Pay Up or the Earth Gets It! – #PropagandaWatch

As predicted, the IPCC has released their hot air report on 1.5C of global warming and the lamestream fake news lying establishment lapdog media is hyping it as the end of the world as we know it…unless you pay the globalists more money to atone for your carbon sins, of course. This week on #PropagandaWatch James breaks down the latest propaganda push for carbon eugenics and what it means for the coming technocratic slave state.

Progress! More arrests. And we’re just getting started in this swamp.

Need a laugh? Those damn Russians are interfering in our election again? Not!

(Note: Make sure you are on the registered voting list for your district. We have heard that some people are finding they were not on the list and had to take steps to correct it before they could vote.)

Here’s where the problem in American elections lies. “I see dead people.”  We’ve heard in the past that “someone” has loaded oodles of names of the deceased onto voting lists. I wonder who got to cast their vote…

Seriously, though… if the only way you can win an election is to cheat, it’s time to throw in the towel. Just leave the planet.

Tom Fitton on CBN: 3.5 MILLION ‘Ghost Voters’ on Voter Rolls–‘That’s where you get fraud’

The absurd implication was made in a federal court document involving a lawsuit filed last summer as part of a national Election Integrity Project to clean up voter rolls. Maryland is one of 11 states with more registered voters than citizens of voting age, according to U.S. Census Bureau data examined as part of Judicial Watch’s ongoing investigation.

In notice-of-violation letters Judicial Watch warned it would sue the 11 states if the problems weren’t fixed. In Maryland’s case, there are more registered voters in Montgomery County, the state’s most populous, than citizens over the age of 18. Besides threatening legal action, Judicial Watch’s notice letter to election officials requested access to Montgomery County voter registration lists to evaluate efforts to ensure the accuracy of eligible voter rolls during the past two years.

Section 8(i) of the National Voter Registration Act of 1993 (NVRA) authorizes and entitles Judicial Watch to inspect and copy the requested voter lists. Maryland officials refuse to provide them, claiming that state law restricts the release of voter registration information to Maryland registered voters. The NVRA trumps any reservation the state may have and Judicial Watch is confident it will obtain the records.

Nevertheless, Judicial Watch had to sue in U.S. District Court for the District of Maryland to gain access to the voter registration lists under federal law, noting that Section 8(i) of the NVRA contains no requirement that only an individual person or a registered voter may request the documents that the statute describes.

Accordingly, Section 8(i) authorizes and entitles Judicial Watch to inspect and copy the requested voter lists. Maryland officials have chosen to dodge the law, refusing to provide the records and stonewalling with outlandish assertions during the pretrial discovery process. In a federal court document filed on behalf of State Administrator of Elections Linda H. Lamone, Maryland Attorney General Brian E. Frosh tries to associate Judicial Watch with Russian government agents.

This shows that Maryland officials are using a baseless allegation to retaliate against an organization and its supporters because of their conservative political views, a violation of the First Amendment.

This week Judicial Watch responded to the plainly frivolous request as part of the pretrial process. There is not a shred of evidence or allegation in any pleading, document or even news report of any communications or associations between Judicial Watch and Russian nationals or agents of the Russian government.

Maryland officials knew that when they made the egregious request for documents they believed did not exist solely to associate Judicial Watch with an inflammatory, partisan fight making national headlines. This reflects negatively on Lamone and the Maryland State Board of Elections and both should be ashamed. “It’s completely outrageous,” said Robert Popper, director of Judicial Watch’s Election Integrity Project and a former deputy chief of the Voting Section of the Civil Rights Division at the Justice Department. “A government agency is taking Democratic talking points to beat someone up for suing them.”

Under Section 8 of the NVRA, states are required to make a reasonable effort to remove the names of ineligible voters from official lists due to “the death of the registrant” or “a change in the residence of the registrant,” and requires states to ensure noncitizens are not registered to vote. Many states don’t bother conducting reasonable voter registration list maintenance as mandated under the NVRA.

Closing off on a positive note… thanks L.