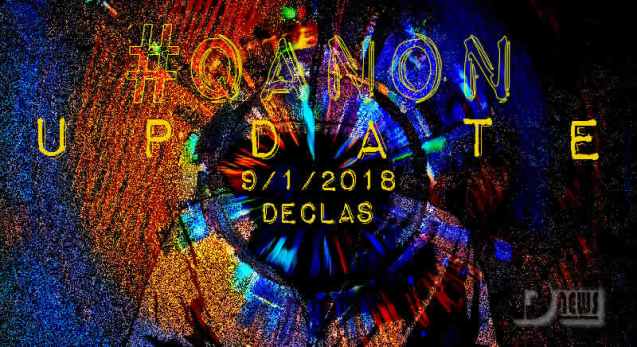 This drop reminded me of a couple earlier drops that mention “love”.

President Bashar al-Assad of Syria must not recklessly attack Idlib Province. The Russians and Iranians would be making a grave humanitarian mistake to take part in this potential human tragedy. Hundreds of thousands of people could be killed. Don’t let that happen!

Might have been what #ST6 was up to on #Sunday.
Lot’s of effort going into #Spin over these attacks in #Syria. 1st reports that came this way were #USBombs Syria.
#MagicSword #FBIChainofCommand…
Updated list of those in the chain that were part of the rampant #Corruption in #DC that are now being dealt with.
One great takeaway is the mention of #BruceOhr’s #ImminentTermination !
#DrainTheSwamp

Q reminds us that the Deep State Clowns usually stage a FF attack when they know bad news is about to drop. Keep your heads on a swivel.

So many bogus arguments fm so-called “experts” in DC, MSM, fake MAGAs, etc. As mentioned in prev drop, Sessions is signing off on all those who have been fired fm DoJ/FBI. So much clickbait. Looking at all the pieces together, LOGIC should tell you, the SWAMP is being drained.

Discussing the ins & outs of #TheSwampDrain system.
Lotsa buts & #Leftist swill on #Sessions & #Huber.
News that the number of #SealedIndictments has risen to over 50,000 [ ! ]
#WeaponizedMedia vs. #CommonSense…
Trust your gut. Just had to add this one to today’s thread in light of Q’s earlier drop re: “With love comes trust” – Dems are trusting Sessions now.

Too funny…I just posted this tweet from Kathy Griffin a few min ago! Also posted on the boards. Anon posted reply with obviously coordinated #OperationMockingBird tweets re: Trump “blasts Sessions” over criminal charges vs GOP congressmen prior to midterms. “Fishing is fun!” Link to a #MegaPixel #Explodable image… Those of us who know the fake lifting of the QFD (Quality Filter Discrimination) shadowbanning may have been lifted in time for Jack’s DC testimony, but he found a more stealth way to suppress our tweets. Feb 15 drop: Q asked Jack how his meeting w/Pelosi went. [NP]’s puppet.

Here’s an excerpt of the convo between Jack Dorsey & Nancy Pelosi Q shared on 16 May.

Some anons believe [NP] is not Nancy Pelosi even though she did have a meeting w/Jack. They believe it is Nick Pickles, Senior Strategist for Twitter Policy. Could be, since Q said “You’ve been a BAD boy [NP].”
How odd that he isn’t Twitter verified!

From the boards…a short video showing how Twitter removes likes on @realDonaldTrump’s tweets. Pretty sure it’s happening to MANY of us. It’s even worse than before they lifted the QFD bans & implemented a more stealth suppression algorithm.

#Facebook outages ? Are the #ShadowBanFilters off?
@Jack to testify. #Congress
[NP] has gone to #NancyPelosi it may mean #NoProtection in this instance. “as some compromised home systems have been reconfigured by these actors to automatically forward copies of all composed emails to an undisclosed recipient.”
Pages 33 & 34
The More You Know….
Q

Crowdstrike paid to set up to give access to foreign actors for donations to CF.

Do not dwell in the past, do not dream of the future, concentrate the mind on the present moment.