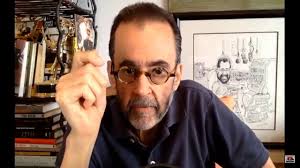 “It has been said that if you live long enough, you will see everything. I’m experiencing that feeling as I watch The New York Times and Washington Post abandon their ultra-liberal leanings to defend government spying on innocent American citizens. “The case shows Trump Derangement Syndrome in action as it turns two of the nation’s prominent newspapers into the type of organizations they spent 50 years attacking.” Thus spake Michael Goodwin. https://nypost.com/2018/05/22/defendi…