Tolec of the Andromeda Council Discusses the Giant Spheres Spotted in our Solar System ~ April 9, 2016 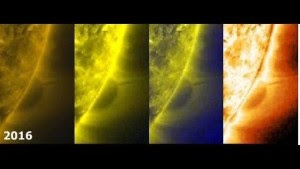 This is a pretty interesting read. I have read other instances of a major solar “event” being in our future, and this discussion confirms that. Any need for fear? Nah…the giant “Spheres” near us will prevent anything destructive to happen. (See the picture above and look for the sphere peeking out behind the sun!)

Oh, but humanity and the Earth will lose one thing however…the lower vibrations keeping us in our current 3D illusionary life. Not a bad trade, I say!

So…please read this article, many thanks to Starship Earth: The Big Picuture for originally posting this, and…

Thank you, Tolec, for your perspective.

I can only imagine what newcomers to the blog must think of this information and I DO apologise if we sound like we’re off our nut, but truly… welcome to reality.

The image above is one a friend sent to me this week. Divine timing, J.  ~ BP 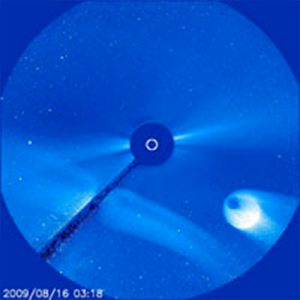 Confirmation of William Tompkins, “Sun sneezing” and other Important Information.

A few of you have written to me about this information regarding William Tompkins and his seemingly incredible confirmation of the spheres in our solar system.

Back to four plus (4+) years ago, and even within the last twelve (12) months, I’ve spoken extensively about the immediate 12 Andromeda Council biospheres in and around this solar system which includes: nine (9) that are currently guarding this star system forming an energetic net & ‘fence’ that is protecting this system’s perimeter, and the other three (3), inclusive of the engineering biosphere, Sartsa, Nemanstae, a livable biosphere adapted for 3D organic humans like those of Earth, and the primary Andromeda Council biosphere, that are all immediately protecting Earth space.  You can read about all of them right here:

I am now going to paraphrase what William Tompkins has confirmed regarding biospheres: “…Multiple giant spheres have appeared in our solar system… An energetic barrier has been created around solar system… Beings have appeared from the spheres and they are directly working to stop negative reptilian ETs… the Draco’s own “Dark Fleet.”  I will add, the remaining few “Dracos”, with their “Dark Fleet”, they are stuck here in our space!  They can’t get out.

Between the late Sum​mer of 2011 and the Spring of 2012 I also identified and accurately reported on the destruction of all of the Draco & Hydra Reptilian, one (1) underground and fifteen (15) undersea, bases by the Procyon People, planet Kaena, the fourth member of the Andromeda Council, which is known in deep space as the “Galactic Council “.  Also remember, that because of its collective size, the Council comprises approximately 50% of all the races of the ‘sphere alliance’.  The Council’s on-going contribution to ridding our world of this long time, manipulative and parasitic menace known as the “Draco Reptilians”, is substantial.  Also know that there are eighteen (18) other worlds, 2 similar to Earth, which have been abused for millennia by this same menace. These planets will also required assistance, which they will receive, to get rid of these Reptilians once and for all.

You can read about the destruction of their bases in great detail and see accurate map locations of where they were located here:

Please also keep in mind, tens of thousands of Draco Reptilian soldiers, workers & their families were captured from the many bases and sent off planet to a far distant world at the far edge of this universe;  as well as the capture, from the last major operational base off the Atlantic coast, due east of Washington D.C, of 2,000 top Cabal Reptilian Military Officers, including a 2 star & 5 star general, 3,000, including 50 of the top tier, highest ranking Cabal & Illuminati Officials, who were also captured, sent to the Andromeda Council primary biosphere, tried and found guilty of War Crimes Against Humanity in a War Crimes Tribunal.

This time frame, from late Summer of 2011 through Spring 2012 was the actual beginning of the fall of the power, and control, of the Draco Reptilian lead & organized “Cabal” here on planet Earth.  It also created a mess, large scale infighting, with a huge power vacuum due to the loss of so many Cabal & Illuminati Reptilian officials… who were secretly ‘running’ planet Earth.

As to our sun which is going to, “…sneeze” soon, in speaking with both Andromene, a higher dimensional communicator on the Council’s Interdimensional Telepathy & Communication Advisory Board, as well as Ambassador Tanka, combined they said and showed me that the sun ‘sneezing’ would be equal to unprecedented, large scale “solar flares”.  Ambassador Tanka was showing us an image of these while reading the William Tompkins’ comments.

And to tie in part of the purpose of the Andromeda Council biospheres, especially the engineering biosphere, they have already set up the “reflectors” or ‘bouncing off’ energy shields to protect the Earth and her lifeforms that exist within her from the “sneezing” of, from these intense, unprecedented, large scale, solar flares.

Ambassador Tanka also said that it, this protection, is not only for our planet alone, it is also for the other neighboring planets within our solar system. There are these Andromeda Council, biosphere generated, “reflector shields” set up in front and surrounding the neighboring planets as well.

As to when might this “sneezing”, these solar flares, would happen, Ambassador Tanka said that it will be, “…approximately within the next few years.”  He also said there is no need of concern for the lifeforms of this planet as it pertains to these solar flares.

Most important in all of this information is the “quantum” effect William Tompkins speaks of, the effect the sun’s ‘sneezing’ will have on this planet, and the beings of this planet… is that collectively these solar flares will be one of the major triggering mechanisms in the upward shifting process of this planet, and its lifeforms, into becoming a higher dimensional world.

Ambassador Tanka also said, “…you [of Earth] will follow your own evolutionary paths, each depending upon your soul’s blueprint charts.”

This planet, he said, “…is very precious to the Andromeda Council and other joint councils that work with them to see to, to care for, Earth’s life and the lives of its people.”

He also said that the neighboring planets have been working with Andromeda Council, and the joint councils from other star systems, as they, these planets, are already in a higher dimensional state of being.

“…Earth is catching up”, Ambassador Tanka said.  And, “…It’s about time too!”

In closing, all of this information, it is all relevant to the continuing changes, evolution and growth of this planet and her people.

I thought it was all important enough to respond to your questions.

Wodakote.  Peace to you, your family and your closest friends.

Cynthia is the typical Pisces! Her left brain activities include scientific activities in the hospital laboratory as a director. Her right-brain activites show as a painter, photographer and musician. She is known as the scientist who sings!
View all posts by cindyloucbp →
This entry was posted in Uncategorized and tagged Andromeda Council, BEings, biospheres, cabal, Dakote, dracos, illuminati, love, reptilian undersea bases, solar flares, Sphere Alliance, sun sneezing, Tolec, William Tompkins. Bookmark the permalink.

1 Response to Tolec of the Andromeda Council Discusses the Giant Spheres Spotted in our Solar System ~ April 9, 2016