Since 2020, NATO has pursued plans for psychological warfare that must stand on an equal footing with the military alliance’s five previous areas of operation (land, water, air, space, cyberspace). It is the battleground of public opinion. NATO documents speak of “cognitive warfare”, i.e.: mental warfare. How concrete is the project, what steps have been taken so far, and who is it aimed at?

To be victorious in war, one must also win the battle for public opinion. This has been carried out for more than 100 years with increasingly modern tools, the so-called soft power techniques. These describe all those psychological tools of influence by which people can be guided in such a way that they themselves are not aware of this control. The American political scientist Joseph Nye thus defines soft power as “the ability to persuade others to do what one wants without using violence or coercion”.

Distrust of governments and the military is increasing, while NATO is stepping up its efforts to use increasingly sophisticated psychological warfare in the battle for people’s minds and hearts. The main program for this is “Cognitive Warfare”. With the psychological weapons of this program, man himself is to be declared the new theater of war, the so-called “Human Domain” (human sphere).

One of NATO’s first documents on these plans is the September 2020 essay “NATO’s Sixth Domain of Operations”, written on behalf of the NATO Innovation Hub (abbreviated: IHub ). The authors are American August Cole, a former Wall Street Journal journalist specializing in the defense industry who has worked for the transatlantic think tank Atlantic Council for several years, and Frenchman Hervé le Guyader.

Founded in 2012, IHub claims to be a think tank where “experts and inventors from all over work together to solve NATO challenges” and is based in Norfolk, Virginia, in the US. Officially not part of NATO, it is funded by NATO Allied Transformation Command, one of NATO’s two strategic headquarters.

The essay tells several fictional stories and concludes with a made-up speech by the U.S. president, who explains to his listeners how cognitive warfare works and why anyone can get involved:

“Today’s advances in nanotechnology, biotechnology, information technology, and cognitive science, driven by the seemingly unstoppable advance of the troika of artificial intelligence, big data, and the ‘digital addiction’ of our civilization, have created a far more disturbing prospect: an integrated fifth pillar, where everyone, unbeknownst to him or her, acts according to the plans of one of our adversaries”.

Each individual’s thoughts and feelings are increasingly at the center of this new war:

In addition, there is to be lamented a “steady erosion of the morale of the population”. Cole and Guyader thus argue that the human domain is the greatest vulnerability. This area of operation (“domain”) would consequently be the basis for all other battlefields (land, water, air, space, cyberspace) to be controlled. Therefore, the two authors urge NATO to act quickly and consider the human spirit as NATO’s “sixth domain of operations”.

Almost at the same time, former French official and chief innovation officer at IHub, François du Cluzel, was working on the comprehensive strategy paper “Cognitive Warfare” that was published by IHub in January 2021. Instead of using imaginary scenarios, du Cluzel wrote a detailed analysis of the war of minds.

Like the authors of “The Sixth Domain of NATO Operations”, he emphasizes that “trust (…) is the goal. This can be won or destroyed in information warfare or through PsyOps, i.e., psychological warfare. However, conventional soft-power techniques are no longer sufficient; what is needed is cognitive warfare, i.e., relative to the mind, a “participatory propaganda” in which “everyone takes part”.

It is not clear who exactly is the target of this propaganda, but du Cluzel emphasizes that everyone is involved in this new form of manipulation and that the goal is to protect NATO’s “human capital”.

The area of application refers to “the entire human environment, whether friend or foe”. Although the enemy’s capabilities and threat in the field of cognitive warfare are “still low”, du Cluzel calls for NATO to act quickly and promote cognitive warfare:

“Cognitive warfare may be the missing element that enables the transition from military victory on the battlefield to lasting political success. The ‘human domain’ may well be the decisive factor (…). The first five theaters of operations [land, sea, air, space, cyberspace] can lead to tactical and operational victories, but only the human theater of operations can lead to ultimate and complete victory” (pag. 36). 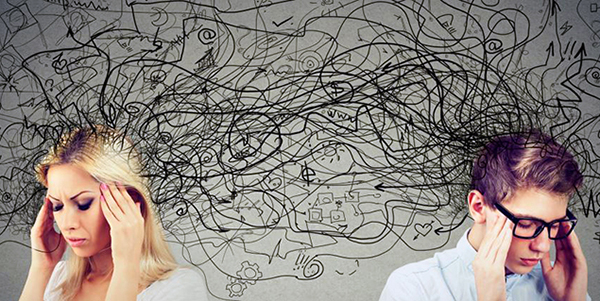 Neuroscience as a weapon

A few months later, NATO took up the strategists’ demands. In June 2021, it held its first scientific meeting on cognitive warfare in Bordeaux, France. In an anthology that accompanied the symposium, Innovation Hub strategists had the opportunity to speak alongside high-ranking NATO officials. In the preface, French General André Lanata thanked “our Innovation Hub” and stressed the importance of “exploiting the weaknesses of human nature” and leading this “battle” in “all areas of society”.

It is also about engaging neuroscience in the arms race (“Weaponization of Neurosciences”). It has been pointed out that NATO’s cognitive warfare is a defense against similar wars by China and Russia. Their “disinformation activities” have led to “growing concern” among NATO allies.

At the symposium, there was intense discussion on how to use neuroscience to carry out digital attacks on human thought, feelings and action:

“From the attacker’s perspective, the most efficient, though most difficult action to take, is to encourage the use of digital devices that can disrupt or influence all levels of an adversary’s cognitive processes” (pag. 29).

NATO would like to confuse potential opponents as thoroughly as possible to “dictate” their behavior. (pag. 29) As part of the symposium, Du Cluzel wrote an essay together with French cognitive researcher Bernard Claverie explaining that-contrary to the claim that one reacts only to threats from Russia or China-it is also “good to execute well-considered attack processes as well as countermeasures and preventive measures” (pag. 26):

“Attacking is the stated goal and exploiting, devaluing or even destroying the way one builds one’s reality, one’s spiritual self-confidence, one’s faith in functioning groups, societies or even nations” (pag. 27).

Strategists rarely openly admit that these techniques can be used not only on enemy populations but also within NATO countries. Statements about this are often vague. However, there are indications that NATO is also targeting its own population. French General Eric Autellet writes in an article in the anthology cited above (pag. 24):

“Since Vietnam, our wars have been lost despite military successes, in large part because of the weakness of our narrative (i.e., ‘winning the hearts and minds of the people’), both in relation to local populations in theaters of operations and with respect to our own populations.

There are two stakes in our relations with enemy and friend, and we can choose passive and active modes of action-or both-when considering the limits and constraints of our model of freedom and democracy. As for our enemy, we must be able to “read” the minds of our opponents to anticipate their reactions.

If necessary, we must be able to “penetrate” the minds of our opponents to influence them and enable them to act on our behalf. As for our friend (and even ourselves), we must be able to protect our brains and improve our cognitive understanding and decision-making skills”.

The next step was taken by the IHub, which officially announced the NATO Countering Cognitive Warfare Innovation Competition in October 2021. The Innovation Challenge has been in existence since 2017, and since then the competition has been held twice a year.

In order to gather as many ideas as possible, NATO always emphasizes the open nature of the competition: “The challenge is open to everyone (individuals, entrepreneurs, start-ups, industry, science, etc.) who is in a NATO member country”. Those who win can expect a cash prize of $8,500.

Topics are selected in collaboration with Johns Hopkins University. They are always topics “particularly influential for the development of future military capabilities”, following the motto “the best way to anticipate the future is to invent it”. The areas are artificial intelligence, autonomous systems, space, hypersonics, quantum technology, and biotechnology.

Thus, the key questions in previous competitions are contrasting and set very different priorities. In fall 2018, for example, it was about systems that can be used to intercept unmanned drones. Here the Dutch drone manufacturer Delft won. In fall 2019, the focus was on helping soldiers with psychological stress or fatigue in order to improve their performance in combat. Spring 2021 was about space surveillance. Here the French start-up Share My Space won.

Despite the different focal points, one topic continues to emerge: information and data management on the Internet. In spring 2018, the innovation competition was dedicated to this topic under the motto “Complexity and Information Management”, in spring 2020 the theme was “Fake News in Pandemics”, and in fall 2021 finally “The Invisible Threat – Neutralizing Cognitive Warfare”.

“The most advanced form of manipulation”

In October 2021, just before this competition was publicized on the IHub website, NATO broadcast a live stream discussing cognitive warfare and calling for participation in the innovation competition. The task is “one of the hottest topics for NATO right now”, du Cluzel pointed out in his opening remarks. French defense expert Marie-Pierre Raymond took the opportunity to explain what cognitive warfare actually is, namely “the most advanced form of manipulation that exists today”.

There were ten participants in the final of the competition, broadcast almost two months later. Eight of them had developed computer programs that use artificial intelligence to scan and analyze large amounts of data on the Internet in order to better monitor and, one assumes, predict people’s opinions, thoughts and information exchange. The most popular target of computer programs are social media: Facebook, Twitter, Tik-Tok, Telegram.

The winner was the U.S.-based company Veriphix (motto: “We measure beliefs to predict and change behavior”), which has developed a platform with which it is possible to identify so-called nudges, or unconscious psychological “nudges” on the Internet. The Veriphix platform has been in use for years, working with several governments and large companies, according to the head, John Fuisz, who has close family ties to the U.S. security apparatus. For him, cognitive warfare is about changing beliefs (“changing beliefs”). His software can analyze these changes “within your military, within your population and within a foreign population”, as he explained to the competition judges.

Considering that cognitive warfare is already underway and the latest manipulation techniques are currently being used in the war in Ukraine to direct the thoughts and feelings of the populations of all nations involved in the war, clarification on the soft power techniques of cognitive warfare would be appreciated and should be more urgent than ever.

November 15, 2022 © US and EU all rights reserved. Permission to use this article in its entirety is granted under the condition it is linked to its source at American Media Group.