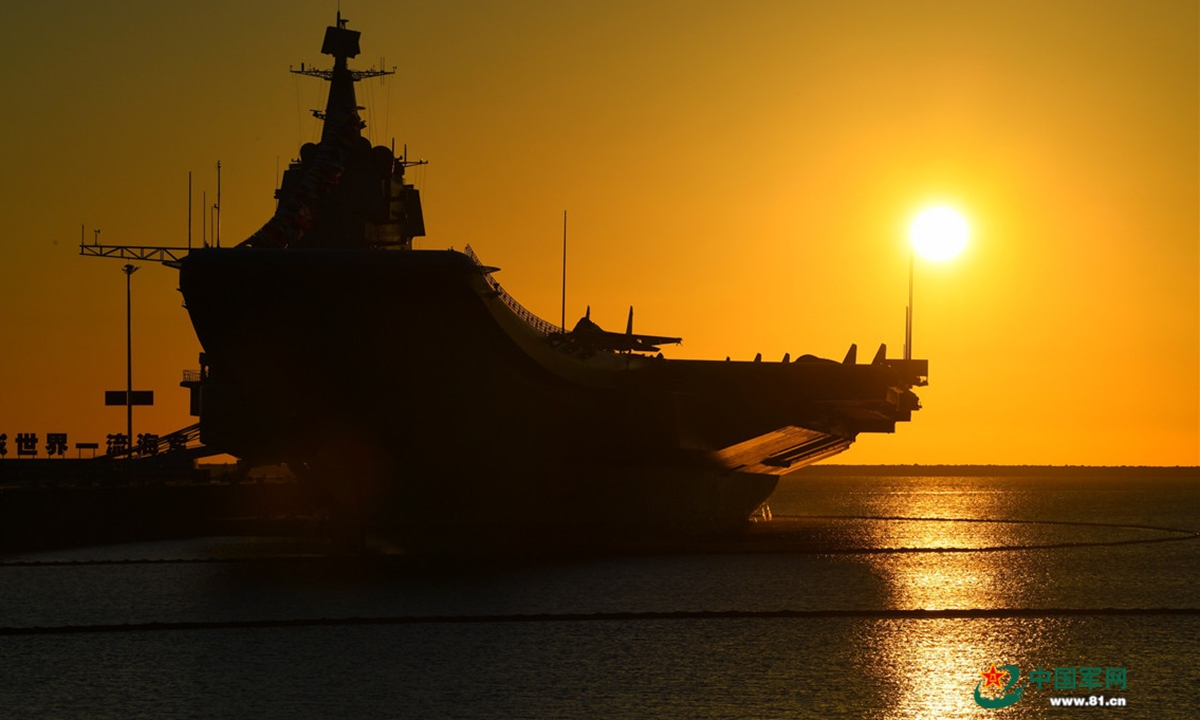 The picture shows aircraft carrier Shandong berths at a naval port in Sanya. China’s first domestically-made aircraft carrier Shandong (Hull 17) was officially commissioned to the PLA Navy at a military port in Sanya, South China’s Hainan Province, on the afternoon of December 17, 2019, making China one of the few countries in the world that have multiple carriers. Photo:China Military

Both of aircraft carriers of the Chinese People’s Liberation Army (PLA) Navy have reportedly moved out from their homeports respectively amid US House Speaker Nancy Pelosi’s possible visit to the island of Taiwan, which media reported could happen Tuesday evening.

A report by state broadcaster China Central Television (CCTV) on Monday shows that the Liaoning was sailing at sea when sailors aboard celebrated the Army Day.

Xu Ying, executive officer of the Shandong, said in a separate CCTV report on Monday that the Shandong was conducting regular training mission at the time.

The two aircraft carriers’ activities came at a time when overseas media reported that Pelosi could land in the island of Taiwan on Tuesday evening.

Experts and analysts said that the PLA could send warplanes and warships to escort, intercept and drive away Pelosi’s flight if it indeed attempts to land on the island of Taiwan.

According to the news website of the US Naval Institute the USNI News, the US Navy’s Ronald Reagan aircraft carrier strike group has sailed near the southeast side of Taiwan in the Philippines Sea, with analysts saying that it could provide escort to Pelosi’s flight.

Aircraft carriers of the PLA are built to safeguard sovereignty, territorial integrity and national interests, and they will resolutely carry out their missions when duty calls, the expert said.