Editor’s Note: Well…here we all are just waiting for the political “trigger” which will launch a fake nuclear war. The Pelosi/Taiwan issue seems to be resolving sans conflict, so…what political circumstance will be next?

It seems that August will be the “HOT” month, so I will surmise that the necessary action needed will happen this month? Humanity is forced to “stay tuned” while the Earth’s spiritual Ascension process continues until we learn how to BE in…

BATTLEFORWORLD.COM | August 2, 2022: With the West unleashing hybrid wars against Russia and China, at some point these conflicts will result in the use of nuclear weapons. The United States and Britain are going all out with hopes of trying to save their Unipolar world order to manifest The Great Reset dictatorship.

The hybrid warfare being let loose against Russia has the potential to develop into a conflict between nuclear powers, said Igor Vishnevetsky, the deputy director of the Department for Nonproliferation and Arms Control of the Russian Foreign Ministry.

Vishnevetsky made the following statements at the Review Conference to the Treaty on the Non-Proliferation of Nuclear Weapons on Tuesday: “A hybrid military campaign has been unleashed against Russia, which is forced to defend its legitimate right to ensure its fundamental security interests, fraught with slipping into a direct conflict between nuclear powers.” And “We believe that a nuclear war cannot be won, and it must never be fought. And we stand for equal and indivisible security for all members of the global community.” “A gross violation of the principle of equal and indivisible security as a result of the harmful expansion of the military bloc of countries claiming undivided military-strategic and geopolitical dominance provoked an acute crisis in the middle of Europe.” …

The US is ready to attack Iran

BATTLEFORWORLD.COM | July 17, 2022: This is so ironic that the United States is laying the groundwork, clearing the way for an attack on Iran, because such an attack will not at all be good for the future of Israel, since a blitzkrieg attack on Israel will be the last sign for the breakout of world war three.

Washington [DC] can use force against Tehran to prevent it from getting nuclear weapons, said Biden in his trip to the Middle East. The United States President believes that today Iran is “much closer” to creating an atomic bomb than before, according to Israeli intel. Biden failed to mentioned that the United States withdrew from the nuclear deal in 2018, and 4 years later, started to threaten war for its disruption, which is nothing new, because the “Dark Leadership” in the United States want war.

(In the Silent Revolution Of Truth, Compilation Edition, Volume 2, the free PDF book: Download and read: NATO And Harry Truman; The ‘Dark Leadership’, page 1479. ‘Dark Leadership’ Which Is Deliberately ‘Dark’, page 1480. The ‘Dark Leadership’ In America, page 1484. After The Year 2020; If The USA Collapses, China Next World Power; The USA, The Gigantic Mountain Of National Debt; The U.S. America And Allies With Trillion Dollar Mountains Of Debts, page 506. Note: Use the page number display located at top right to find the correct page. Free Book, PDF Format – Links: Book Summary | and Download Volume 2 Book)

BATTLEFORWORLD.COM | July 15, 2022: Former congresswoman and 2020 presidential candidate Tulsi Gabbard, has issued a warning, that President Joe Biden’s administration is driving the world toward a devastating nuclear conflict by using the Ukraine crisis to fight a “proxy war” with Russia, on Wednesday night in a Fox News interview. And said that “The American people need to understand the seriousness of the situation that the Biden administration and leaders in Washington [DC] have put us in.”

The Hawaii Democrat was among the candidates that Biden defeated to win his party’s 2020 presidential nomination, is calling for stepping back, to focus on “the big picture and the great threat that we face, which is the reality that this war is continuing to escalate.”

“President Biden himself says he has no idea when or how it’s going to end, but we know where this escalation leads,” and “It leads us closer and closer to the brink of a nuclear war with Russia,” said Gabbard.

In the train wreck foreign policy joy ride of the neocons being implemented by Biden, has led the charge for international sanctions to punish Moscow over its military offensive in Ukraine. Where the US has approved $70 billion in aid, to include advanced weaponry, to help Ukraine fight Russian forces. And the funding and weapons support from the West just keeps on expanding.

During his visit to Israel on Thursday, Biden said that Washington [DC] will continue to provide such aid as funding and weapons indefinitely, to ensure that Moscow suffers “a strategic failure” in Ukraine.

(In the Silent Revolution Of Truth, Compilation Edition, Volume 1, the free PDF book: Download and read about: USA superpower status could come to an end after 2020, page 330. Third World War could develop from it, page 327. The United States decides to start World War III, page 420. Looming economic crash of the United States, page 673. Alliance – Powerful Force Against The West – 2020, page 693.  The USA as one who’s eager to lead and because of this obsession in the end will drown, page 1412. The whole financial system the world over will be overturned; retirement-institutions will no longer be able to pay pensioners, page 1414. The USA Collapses After 2020 – Government And Economy; Debt, Dollar, page 1479.  The United States government has collapsed, page 1480.    Note: Use the page number display located at top right to find the correct page. Free Book, PDF Format – Links: Book Summary – Volume 1 | and Download Book – Volume 1) 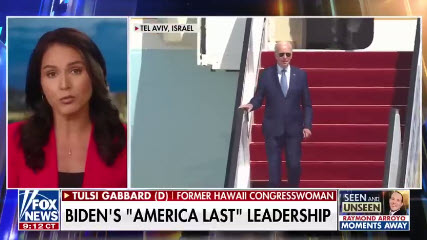 Tulsi Gabbard on Fox News – Biden is leading us to the brink of nuclear war with Russia.

BATTLEFORWORLD.COM | July 14, 2022: The Serbian President Aleksandar Vucic said on Wednesday that the conflict in Ukraine is a world war, where the West is fighting against Russia using Ukrainian soldiers. – “We should understand that amid the world war, all the talks that it is a regional or a local war must be dropped. The entire Western world is fighting against Russia via Ukrainians. It is [a] global conflict,” said Vucic. 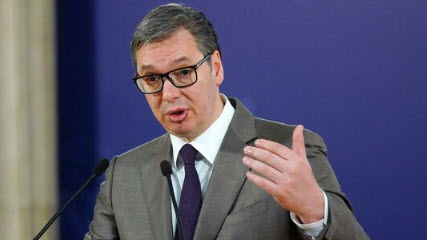 BATTLEFORWORLD.COM | July 14, 2022: The French President Emmanuel Macron, in an interview with France 2 and TF1 TV channels on Thursday, said that France seeks to end the conflict in Ukraine and does not want it to spill over and turn into a new world war.

“We would like to stop the war without joining it. We do not want a global war and a geographical spillover of this conflict to other regions,” and explained that France hopes to attain this by supporting Ukraine and introduce [new] restrictions against Russia’s economy. – Further adding that “We need to be ready for this conflict to be a long one. A particularly difficult period will be in the summer and in the beginning of autumn. Yet, France still intends to provide economic and military support to Ukraine.” 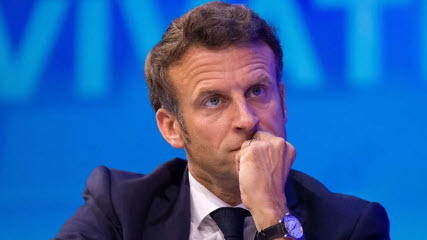 The Russian Navy has been replenished by the ‘Belgorod’ submarine

BATTLEFORWORLD.COM | July 14, 2022: The Russian navy has released its newest long distance submarine called ‘Belgorod’. It is a mothership submarine that can transport smaller-class subs and can carry the autonomous drone called ‘Poseidon’, a thermonuclear unmanned torpedo with unlimited range using its nuclear engine and can travel thousands of kilometers at an underwater depth. – The marine drone is capable of covering the enemy’s coast with artificial tsunamis and destroying entire ship groups. There is simply no device like it in the world. 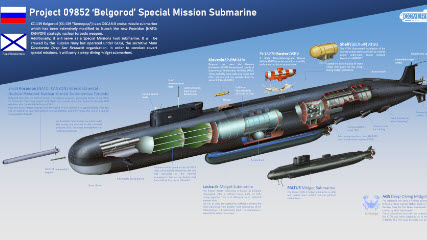