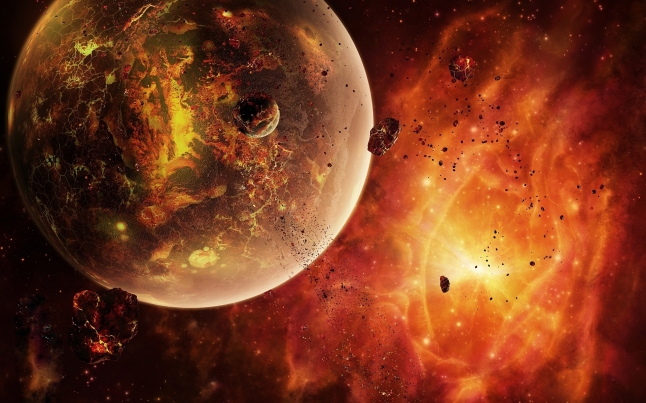 Mars began his retrograde in Aquarius on June 26th, 2018, and is going direct in the late degrees of Capricorn on August 27th, 2018. Mars is the planet of action, exerting our will, making things happen, and passion. Mars goes retrograde about every 2 years, and this year he spent an unusually long time in retrograde. On July 31st, Mars reached his closest proximity to Earth since 2003. Before that, Mars had not been this close in over 60,000 years. When in retrograde, Mars is asking us to slow down and review the way we’ve been doing things. In these energies, the old ways no longer work and Mars was trying to show us how these outdated 3D models cannot move forward with us anymore. Mars was boiling us internally, forcing us to make a change in how we do things. We cannot continue to do the same things of the old way and expect difference results. This retrograde was about expansion and growth, and now we have to put it into action.

As Mars moves forward he will come into contact again with the South Node in Aquarius, testing us to make sure we actually are willing to let go of our old habits and belief systems, for good. We are here to break the mold, to bring in the new paradigm, and that takes resolve and courage in living your truth. Mars has been bringing the fire of purification to our lives, burning out all of the constructs that cage us. Now, he is barreling forward and its full steam ahead for us all.

The last degrees of any sign are the most potent. Mars is moving forward at 28 degrees Capricorn now, giving us a steadfast energy to implement our new way of living and being disciplined with ourselves so that we don’t fall back into old patterns. Capricorn also rules the government, authority, and institutions. These area will see a huge change in direction now. Things have been going on behind the scenes with Mars retrograde, and now they will all be brought to light.

When Mars returns to Aquarius, the focus will turn back to the collective and humanity as a whole. Aquarius wants everyone to live peacefully and in unity, while also retaining their individuality. We will began to see people coming together and putting their differences aside, realizing that we are all one. Aquarius also rules futuristic ideas and progress. We will be seeing such advancements into crystal technology and ways of living that are beyond our current comprehension. Self-sustaining communities and equal distributions of wealth will allow for humanity to work together in building this new paradigm.

On September 6th, Saturn will finally go direct in Capricorn as well, finally bringing us out of the heavy retrograde cycle we experienced all summer. Time no longer exists and everything will be speeding up. We are witnessing the entire ascension of a planet, led by Mother of Creation. Events will be happening so quickly now as the consciousness continues to rise. Many will struggle to keep up with the rising energies if they are not in the heart. Choose love every moment. Mother is ready to take her planet back, but is humanity?

Cynthia is the typical Pisces! Her left brain activities include scientific activities in the hospital laboratory as a director. Her right-brain activites show as a painter, photographer and musician. She is known as the scientist who sings!
View all posts by cindyloucbp →
This entry was posted in Uncategorized and tagged Archeia Aurora, ew way of living, love, Mars retrograde, no-time, outdated 3D models, South Node in Aquarious. Bookmark the permalink.