This is another great article from Denise LeFay. In my opinion, Denise is right on target…as humans begin listening to their heart, leaving the 3D head-orientation behind, new avenues  of experience arise leaving humanity to wonder…huh, what in the heck is going on?

Have you experienced any moments of awareness that are not shared by others? Get ready to experience MORE of these moments as our 3D world of illusion disintegrates before our eyes…it’s already happening!

So…please read this article by Denise Le Fay, imagine what you life will be outside of 3D, and…

On January 8, 2017 one of my atomic clocks jumped time, again, this time up to March 29, 2017. My two atomic clocks have done this for many years now and I do what I always do, which is make a notation on my calendar the day it happens and the date it jumped to because I’ll forget minutes after seeing the jump date. In this case it’s the late March 2017 date that meant something important to me which is why I’m including this brief story about my atomic clock.

Many Forerunners have been sensing and/or perceiving that something major is coming in March 2017, with the end of the month highlighted even more so for some of us. Don’t fixate on this or any other date necessarily but instead FEEL into the information and discern for yourselves. “Time” is a bad joke anymore anyway so HighHeart feel and discern.

It’s obvious that the first Equinox taking place in 2017 (March 20th) will be radically different from all previous March Equinoxes because we evolved to a much higher frequency state of being, reality and consciousness with the shift into the NEW 1 energies on January 1, 2017. Nothing is the same for that matter, and in a few more weeks we’ll be saying this again from another NEW level of being, reality and consciousness. Stair-steps remember, but now they’re huge leaps forward into NEW everything! One of the biggest tests we’ve had and continue having in my opinion is how much can we let go of the past everything internally and externally, personally and collectively, emotionally and mentally, including our own sense of self, Self and SELF to more easily and quickly be capable of Embodying NEW higher everything, including more SELF. After all the demolition, the old outdated rubble has to be removed so the NEW can replace what’s been removed, released, cleared.

Many times it’s far more interesting re-reading my and other Ascension Teacher’s articles backwards because things fall into place like reading different chapters in one book. This is happening again so far in 2017 with my articles and certain other people’s too. If you go back and re-read my articles from the start of 2017 up to this one, you’ll detect a theme unfolding that may not have been as obvious at first read-through when each article was originally published. It’s that linear can’t see the forest for the trees business which is getting harder to do because we’re increasingly dealing with quantum Now Moment being and consciousness. Because of this it, might be interesting to re-read my articles and your other trusted higher information producers from the start of 2017 forward to see what reveals itself to you more clearly today. 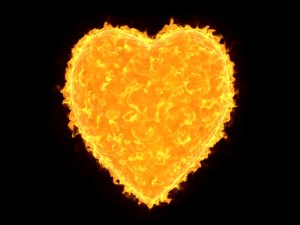 I’m including with this an article from February 27, 2016 I wrote about my Childhood Sun Worshiping in Becoming A Divine Sun in 2016. It may make more sense now too when combined with these other important Higher Awareness information bits from myself and others.

Without complaining too horribly much about how difficult, strange and other worldly my life has increasingly been since 2015, I’ll just say that January and February 2017 have topped the past two years! Said another way, because the pressures caused by the ever-growing gap between the old lower and the NEW higher Separation of Worlds & Timelines have at times been unbearable, it’s a pretty obvious clue that we’re really close now to a major separation/shift from this slow separation Process we’ve been going through since the final Expiration Date of December 21, 2012. In my personal life, this separation between the old way it’s been and the NEW arriving for me to “ascend” more fully into has been excruciating only because of my mom’s escalating health problems. I don’t need to spell this out because we all know what’s going on but sometimes that process gets difficult. I’m working on it for us both, for us ALL. Some of us are going up and out while some of us are going out because that works better now. Point is, the tension and pressure has increased like crazy this year, and like I said, we’re only two months in so far.

In my January 29, 2017 article NEW 2017 Light Codes, I talked about having Seen millions of small geometric crystalline shapes floating through the air and space into and through all of us and everything else. The title of my February 19, 2017 article Aim Higher, Embody More Light, Fly Through The Sun, hinted at a lot of what’s been happening already this year and also what’s coming in March, the March Equinox and near the end of March and beyond as well.

Lisa Renee mentioned recently about her Seeing a huge wheel-shaped ‘architecture’ that had recently entered or manifested in our Solar System. I shared what I’ve Seen of this same energetic tool too in a recent article and how it’s due to the Separation of Worlds fully manifesting now. And sometime last year I believe it was, I read one sentence by David Wilcock that was extra meaningful to me, quoting something he’d heard another man say about how ‘the Sun is going to sneeze soon’ or something to that effect. What I’m getting at is that all these seemingly different events, energies, activities, experiences, Higher Awareness perceptions and different articles are all related to the now highly accelerated Separation of Worlds and what most Forerunners have been and still are experiencing because of it. It’s here, now, and it’s why things are feeling, looking, acting, sounding and behaving extra strange lately. 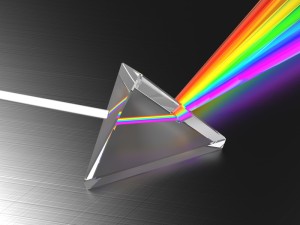 This morning I read Sandra Walter’s latest article which was in my opinion, the best, most accurate, concise, simplified few paragraphs I’ve ever read by anyone about the Ascension Process and its primary cosmic, galactic, solar and incarnate Forerunner HighHeart receiving/transmitting humans intentionally co-creating and anchoring rapid compressed evolution in the physical dimension. Thank you Sandra Walter for your very helpful March 2, 2017 article, Changing the Prismatic Effect of the SUN.  ❤ ❤ ❤  [See link to her full article below.]

“…Think of the SUN as a film projector running several films at once. Your Higher Levels are using the projector. Your Higher Self projects several versions of lower self through the SUN, and through your Heart center, which also serves as projector of realities, onto the mirror-like screens of Gaia, allowing for multiple films at once…”

“…Our perception of multidimensionality was limited by our DNA, which can access multiple timelines (several films at once) when it is activated and rebundled to its true HUman crystalline state. To enable this state of DNA, a vibrational match must be attained in order to match the background energy of the unified field of creation. The unified platform of this Universe is Unconditional Love; the crystalline/Christ/Krysthl consciousness vibration. Divine HUman DNA contains markers for this Universal consciousness. Participation in the Ascension process, the increase in photonic light, and the dimensional shift of Gaia activates these markers, allowing for an entirely new projection through the SUN, Gaia and our Heart Centers…”

“…We now add a massive cosmic stargate to this equation. As these cosmic templates from the Great Central SUN approach, they are rewriting Galaxies into alignment with the Source command for the new…”

“…The moment this template aligns with our Solar system, the SUN and all planets will instantaneously be affected. It will change the projectors, altering the way in which we co-create our reality into a purer, unified form in alignment with the background energy of Love. This is why so many Gatekeepers had visions of the SUN exploding back in January; the energies are already affection our realities, and our perception is changing as we take on our new HUman templates. The December vision of DNA splitting the timelines indicates the effects of this cosmic stargate. They are connected. This Solar shift affects consciousness; our experience and perception of creation. Your Heart Center projector and DNA can align you with the brand new film of New Earth, and Gaia’s 5D Solar Self becomes a perceivable reality…”

Question is, are you ready to have NEW vastly higher frequency “film/films” start running fully very soon? Are you queued up, in energetic vibrational alignment with matching frequency NEW Earth world(s) or higher frequency place/space/realities that you want to continue creating and learning within next? This is what we’ve done for a while now, but once we entered 2017, this phase of the Ascension Process and Separation of Worlds & Timelines has accelerated tremendously, because we Forerunners wanted a great big acceleration of this Process and so, here it is. You’re welcome.

This is happening now and has been incrementally for many years, but March 21, 2017 Equinox through the rest of the month will manifest a very NEW level and state of being within the overall evolutionary Ascension Process from anything any of us have ever experienced before, anywhere, at any time. Nothing else matters but you doing your best to be in and stay in your HighHeart consciousness, space and being from here on out because that is what’s automatically pulling you towards a matching NEW higher world reality. Let everyone else do their thing(s) at their level(s). You give your Heart & Soul to launching yourself as high as you’re capable of in every Now Moment because that’s the phase we’re in now and isn’t that just amazing? Very well done Forerunners. ❤

Copyright © Denise Le Fay & HighHeartLife, 2017. All rights reserved. You may not use this material in videos. You may copy and distribute this material so long as you don’t alter it in any way, the content remains complete, credit is given to the author(s) and this URL https://highheartlife.wordpress.com and Copyright Notice is included.

Cynthia is the typical Pisces! Her left brain activities include scientific activities in the hospital laboratory as a director. Her right-brain activites show as a painter, photographer and musician. She is known as the scientist who sings!
View all posts by cindyloucbp →
This entry was posted in Uncategorized and tagged Denise Le fay, FEEL for information, let go of the past, love, NEW level of BEing, Spring Equinox. Bookmark the permalink.