Ok…so we’ve got the Super Bowl coming up tomorrow that pits one team against another for the professional football title. I’m not really into sports, so this game is really not important to me. “Bread and circuses for the 21st century! However, what is important is that this game …the “Super Bowl”, has become such an area of importance to humanity, especially in the good ‘ole USA.

The “powers that were” will not let such an event pass by without “branding” it with their own special touch…usually provided during the half-time show which, due to being televised, will be seen by millions of people ready to be brainwashed just a bit more into thinking the way “they” want us to think. Not me!

But…Light workers do not just have to stand by, learn the score of the game by default, and wring hands over the Illuminati use of this propaganda tool during the half-time show. No…it’s time for Light workers to keep ourselves in a high vibrational state and negate any plans for catastrophe at the Super Bowl. Molly, frim the Starship Earth: The Big Picture has the right idea, so please read her article, become an effective tool for good, and…

Kauilapele shared this event from Facebook they’re calling “Sacred Challice Sunday” in lieu of Super Bowl Sunday. You can check out his post on this one, here.

And following are some details from “Shift is Happening” about a similar event that will defuse the situation at ASU in Phoenix this Sunday they’re calling “the EXPERIENTIAL Super Bowl Counter Protocol of Light Event.”  You will need to register prior to the event, a live broadcast with several guests including Sean Stone and Mark Passio. It appears to be free!

Our friends and family aren’t football people and someone invited us over to reconnect with a visiting neighbour who moved away and we confirmed before I realized any of this was going to happen. I regret that I won’t be able to participate because it sounds great and it’s clear a lot of important work will be done at this time.

This info came via email, so I’ll share a little here.

If you’re not familiar with Deborah Pietsch or Scott Bartle, this interview with Chris Hales will give you a taste of what they’re about. I found the following here and here. They’ve put a lot of preparation into this event as you’ll see from the web pages.  ~ BP

Here’s our confirmed powerhouse team!  I’m so excited…that we have all of these amazing people coming together to support humanity during THE biggest public satanic ritual / energy harvesting event of the year.Why?   Because they all know something…
…they all know something that is imperative for every Lightworker, every person needs to know, who thinks they won’t be effected by this subject if they only focus on “love and light”…that’s what I used to think…10 years ago…and then I went through living hell … until I was able to understand what was going on and HOW to deal with…so I could start living a thriving life again!
Video from former satan-worshipper John Ramirez: Escape from Hell  37 minutes 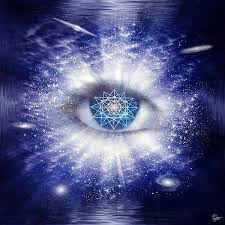 The intensity and the amount of energy that has moved, the amount of details being handled and the amazing alignments has been rather overwhelming.  I’m finding myself still handling details @ 1:30am for many nights in a row … But I’m in my “hood” and I’m in my producing element with this Sunday’s (U.S.) EXPERIENTIAL Super Bowl Counter Protocol of Light Event.