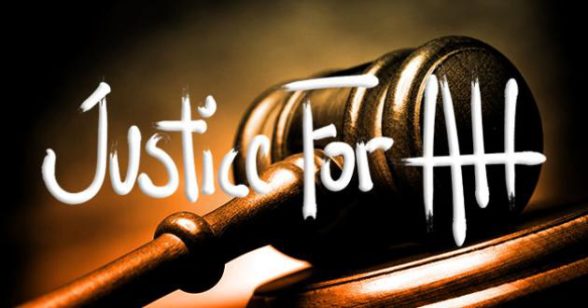 Editor’s Note: Many thanks to Starship Earth for providing an on-going report of that is really happening out there in America on all fronts. My take? You had best buckle up, breathe deep, stay calm and know all is about to break loose. Please have your supplies ready (just in case), know that the best IS about to be (!), and…

We were warned the latter quarter of 2018 could be volatile and there are a number of things we’re watching.

The border situation and the fires in California seem to be at the forefront.

The election fraud still has to be addressed adequately, the potential for martial law may be here, and we understand a few arrests are ongoing behind the scenes.

We’re not certain what is happening in America, however, because we are reminded there are over 60K sealed indictments and we don’t know if the hubbub over the border situation is a cover for the military being sent out to make those mass arrests.

My feeling is that the White Hats of all kinds are going to do what they can to eliminate the cabal without involving or frightening the public so as not to cause chaos so we may not learn until after the fact that major ops were underway to perform mass arrests. Perhaps that is why so many military have been deployed suddenly. We can hope.

The Paradise, CA death toll continues to rise and it will be a painful Thanksgiving for many of our friends in California.

Governor Jerry Brown is pure deep state and has long been the enemy of the People of California. His days are numbered. Despite President Trump’s remarks about forest management and the negligence involved that may have contributed to the devastating fires, we know there is much more to it that the President can’t reveal to the public because they don’t have the background or the context to understand references to DEWs, chemtrails, smart meters, etc.

What happened in California was a perfect storm that the dark set up with years of preparation. This is not the time for Trump to discuss these things. That’s OUR job. The objective, I believe, is to implicate Brown in criminal negligence and take him out that way.

Here’s a press conference about the situation in California with respect to DHS, the migrant crisis and fires.

How much to you know about the cabal, the deep state, how they operate, what goes on behind the scenes, and the psyops involved in deceiving a nation? Here’s an earful. Former FBI agent John DeSouza gives us a superb overview of what is unfolding on our planet to eliminate the central banks, do a financial reset, and draining the global swamp. They also discuss QAnon/Q+. Nothing is what it seems. You can’t win a war by broadcasting to the enemy what your strategies are. Prepare to be amazed, is what I would say.

$200 Million Operation: How Deep State funds Caravan and Chaos in the United States

Here’s another one to arrest:

A federal judge barred the Trump administration from refusing asylum to immigrants who cross the southern border outside of ports of entry illegally.

President Donald Trump issued a proclamation on Nov. 9 that said anyone who crossed the southern border between official ports of entry would be ineligible for asylum. As the first of several caravans of migrants have started arriving at the U.S.-Mexico border, Trump said an asylum ban was necessary to stop what he’s attacked as a national security threat.

This headline was published yesterday, so the 24 hours will expire very soon. We don’t want any more carnage. It’s uncivilized, but the innocent residents of Mexico need protection.

It must be nice to have communications out in the desert in Mexico. Our phone/internet here near Phoenix malfunctions every week and we never know when we’ll have a complete outage for days. A tech was supposed to be here between 8 and noon today and the phone is still not working at 5:00. We can’t call out and the sound is so bad you can’t have a conversation when someone calls in. They can put bases on Mars and we don’t have reliable comms. Unbelievable.

Feds Claim to Have Paid Undercover Informants In Migrant Caravan

Paul Flores, aka Dark Sky Watcher on Themtube has been documenting and live streaming the VOP patrols on the AZ border. There are no military on that wall to speak of at all from what I’ve seen and what they’ve reported. The military seem to be concentrating the troops where the bulk of the militants are.

If you think some Americans have the nasty “entitlement bug”, wait until you get a load of the “migrants”. They are basically programmed automatons doing what they have been trained to do. They are NOT the kind of people you want in your country.

DAHB0077 raises some concerns here that we should be aware of. He is a dedicated citizen journalist with a lot of savvy from years of watching the situation unfold. I agree that wherever Plum Island is involved, it is about secrecy and we need to know what they’re up to.

While the deep state may have planned an attack on the power or communications grid, that is not to say they will get their wish. Best to be prepared, however.

These people are lawless and lie more often than they tell the truth, it seems.

We also had a 4.1 earthquake at 13 miles deep in Idaho. Perhaps the destruction of a DUMB? There was also an odd string of earthquakes along the eastern shore of Russia.

On a lighter note, the President and First Lady pardoned a Thanksgiving turkey. I’m afraid I missed out on this tradition in previous years.